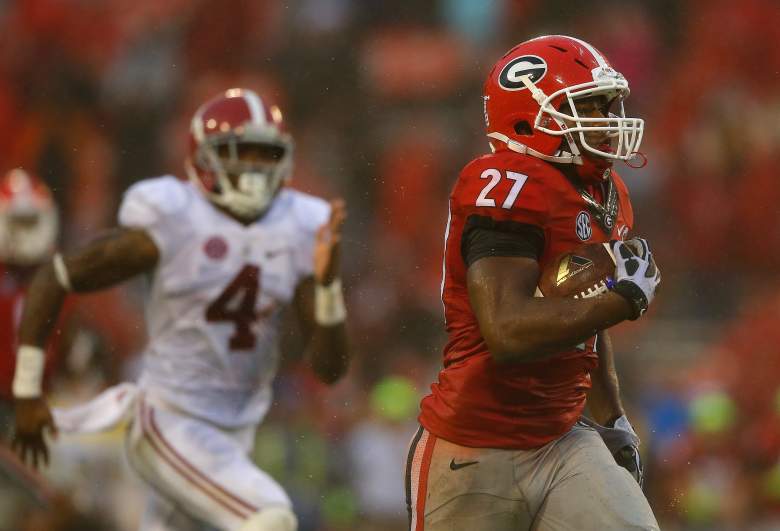 Georgia running back Nick Chubb suffered a gruesome leg injury against Tennessee. Chubb was considered one of the leading candidates for the Heisman Trophy prior to the injury. There has been no announcement on what Chubb’s specific injury is, but he has been ruled out for the rest of the game against Tennessee.

As you can imagine, Twitter reacted with positive support for Chubb along with the shock of watching the injury. Here are some of the tweets reacting to Chubb’s injury:

Also, just saw Nick Chubb's injury (no I'm not RT'ing it). Just horrific. Pray that it's not as bad as it looks.

Great team win, prayers out to Nick Chubb and his family

I feel absolutely terrible for Nick Chubb!! Keep him in your prayers Fam I hate that!!!

That Nick Chubb injury, which I just saw on replay, is one of the ugliest knee injuries I've ever seen.

Former Georgia running back Todd Gurley, who now plays for the St. Louis Rams, suffered a similar injury last season. He tweeted out his support for his former teammate:

Prayers for my boy Chubb. SMH

Below is a video of the Chubb injury. Be advised that it is a very graphic injury: 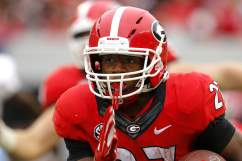