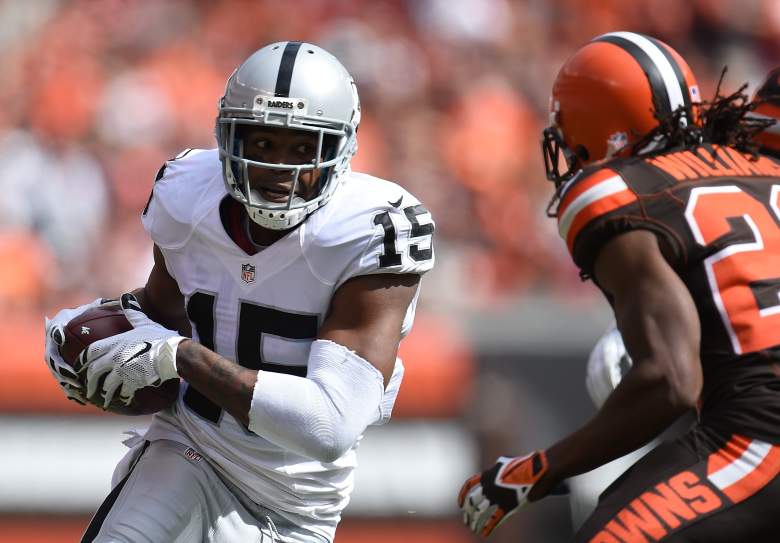 Michael Crabtree has given the Raiders another threat in the passing game. (Getty)

Optimism is high in Oakland as the Raiders are set to end a long stretch of futility. Now 2-1, the Raiders will look to close the first quarter of the NFL season on a high note against the Chicago Bears in the Windy City.

The Raiders are listed as 3 point road favorites against the Bears at sportsbooks monitored by OddsShark.com.

It appeared it was going to be another long season for coach Jack Del Rio after a Week 1 disaster against the Bengals. But a surprising victory over Baltimore and a win in Cleveland has pushed the Raiders into early season contention.

While most indications pointed towards Derek Carr having a sophomore season fulled with regression, the quarterback has shot through that with an impressive start to 2015. His completion percentage sits at 63.3 and he’s thrown for five touchdowns against one interception. He threw for a career-high 351 yards in the win over the Ravens.

This game may tilt on whether or not Bears quarterback Jay Cutler will suit up for the home team. Cutler is currently listed as questionable with a hamstring injury suffered in a Week 2 blowout loss against the Arizona Cardinals. Jimmy Clausen will once again get the start if Cutler can’t play, and that didn’t exactly go well last week against the defending NFC Champion Seattle Seahawks.

OddsShark’s predicted score calculator has the Bears holding a 21.1-19.4 advantage, about five points away from the number set by oddsmakers.

The Raiders are 7-6 all-time against the Bears.

The total for Sunday afternoon’s Raiders vs. Bears betting matchup is set at 44 points at the sportsbook. The total has gone over in five of Oakland’s last six games on the road, and under in four of Chicago’s last six games overall.

Read More
Chicago Bears, Football, Las Vegas Raiders, NFL
The Raiders have a chance to improve to 3-1 as slight road favorites against the Bears on Sunday.