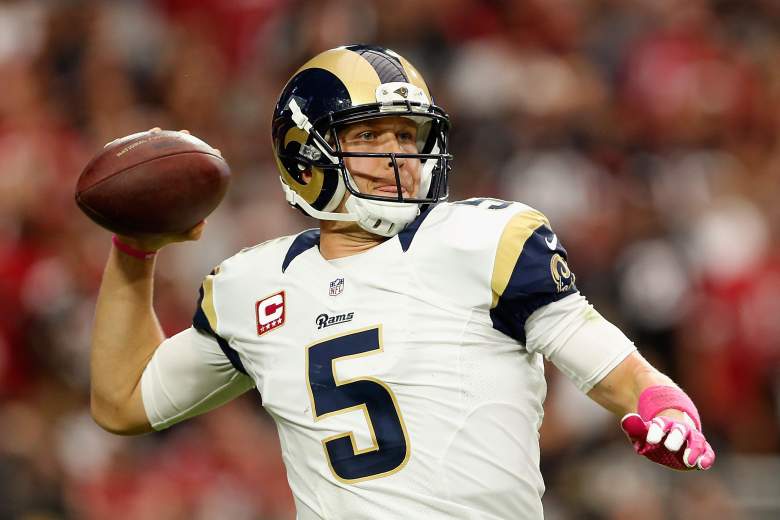 The Green Bay Packers have not disappointed in racing out to a 4-0 start through four weeks of the NFL season. Their next challenge comes at home against a St. Louis Rams team looking to jump into playoff contention.

The Packers are listed as 10 point favorites against the Rams (2-2) at sportsbooks monitored by OddsShark.com.

Aaron Rodgers is just 12th in the NFL in passing yards (955), but is tops in quarterback rating (125.9) and has still yet to throw an interception in 2015. Rodgers and Tom Brady (three games) are the only quarterbacks in the league not to throw a pick while starting each game.

What has surprised the league so far is how well the Packers defense has played. They were in the middle of the pack last season in terms of most statistical categories, but so far in 2015 they rank third in points allowed (17.8 per game) and ninth in yards allowed (312).

The Rams evened their record at 2-2 after a close win against the Cardinals last weekend. It’s been an inconsistent for Jeff Fisher’s team; they’ve won two division games against tough teams in Arizona and Seattle, but struggled to score against Washington and Pittsburgh.

A possible bright spot going forward for the Rams was the emergence of first round rookie Todd Gurley. The former University of Georgia star torched the Cardinals defense in the second half and will look to continue against the Packers.

The plan for the Rams heading into this game appears very clear: Establish the running back with Gurley and hope to bother Rodgers with their fearsome pass rush led by defensive end Robert Quinn and defensive tackle Aaron Donald.

The Packers and Rams are two of the oldest franchises in the history of the NFL; they’ve played more than 90 times, with St. Louis holding the narrowest of advantages (46-45-2).