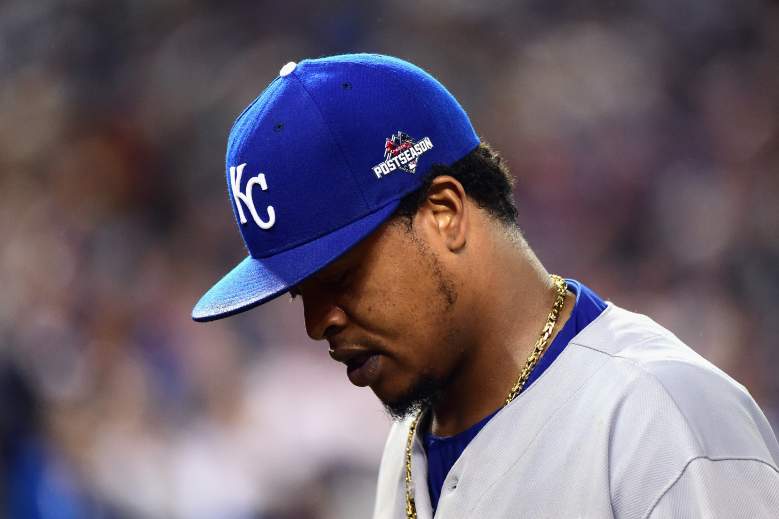 Edison Volquez was disappointing in Game 5 of the ALCS, but will be a big part of the Royals’ World Series rotation. (Getty)

The Royals’ starting pitching has struggled this postseason, as they only have two of the Royals’ seven postseason wins and average just over 5 1/3 innings pitched per start. The Royals made an aggressive move to add a front line starter in Johnny Cueto at the trade deadline, but Cueto has a 5.27 ERA in 97 1/3 innings with Kansas City and allowed eight runs in two innings in the ALCS. Yordano Ventura impressed in the ALCS, but the Royals will be undermatched against the Mets’ strong starting pitching in the World Series.

Here is the pitching rotation for the Royals in the 2015 World Series:

Edinson Volquez has been rocked in five career postseason starts, posting a 1-4 record and 6.56 ERA in 23 1/3 innings. Despite his poor playoff record, he did pitch six shutout innings in Game 1 of the ALCS, allowing only two hits while striking out five batters. He has been hit hard in 126 career at-bats against current Mets, allowing a .270 batting average, and NLCS MVP Daniel Murphy owns Volquez, posting a 6-for-15 line with a double and two RBI.

Cueto has struggled this postseason and has a 1-3 record with a 6.93 ERA in 24 2/3 career postseason innings. He has an extensive history against Mets batters, holding them to .230 batting average in 135 at-bats, and NLCS MVP Daniel Murphy is 3-for-17 with a RBI against the Royals’ righty.

The Mets can borrow a tactic from the Pittsburgh Pirates as well:

Flamethrower Yordano Ventura has allowed 43 hits in 43 career postseason innings over the past two seasons, but does have 21 strikeouts in 17 2 /3 innings pitched this postseason. Ventura has a 3.98 ERA in his postseason career and was given the ball for the AL Pennant-clinching Game 6 of the ALCS. He has only pitched against one Mets batter, Yoenis Cespedes, who is 1-for-7 against the Royals’ ace.

Chris Young is not the most flashy player, but does have a 1.76 ERA in 15 1/3 career postseason innings. He pitched the first 4 2/3 innings of the Royals’ 14-2 rout in Game 4 of the ALCS and provided stability with seven strikeouts in four innings in Game 1 of the ALDS. Current Mets have 50 at-bats against Young and the veteran has held those Mets to a .160 batting average, dominating Yoenis Cespedes, who has a 1-for-11 line against the 36-year-old. 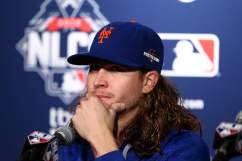