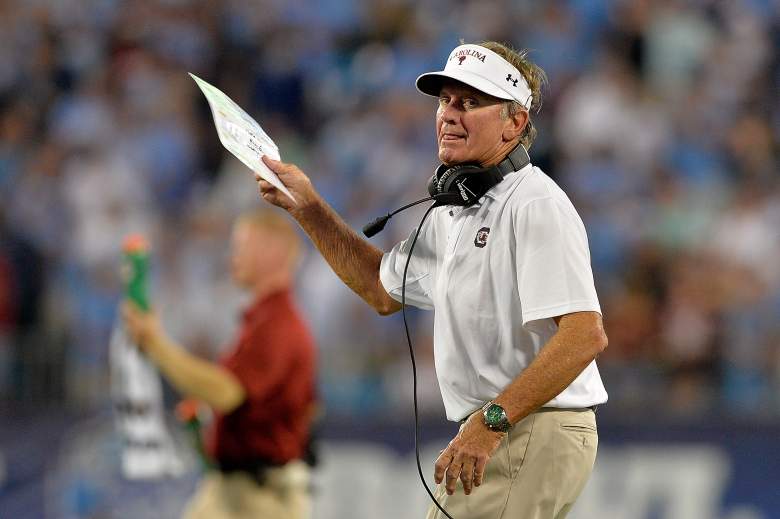 The Head Ball Coach is finally calling it quits. According to Sports Illustrated, Steve Spurrier informed his South Carolina team that he is retiring. An interim head coach is expected to be named by Wednesday. There has been no immediate timeline laid out as to whether Spurrier will coach anymore this season.

Spurrier spent the offseason refuting reports that he planned to retire soon. The Gamecocks got off to a dismal 2-4 start which likely contributed to the decision. Keep it here for updates of the situation in Columbia. Here was some of Twitter’s reaction to the news:

Hopefully Steve Spurrier is just retiring *for the evening* … Nice cup of chai tea. Some Arby’s.

Here is what we know so far about Steve Spurrier’s Retirement:

1. An Interim Coach Will Be Named by Midweek

There's been nothing confirmed on the #Gamecocks interim coach, but it is expected to be QBs coach G.A. Mangus or Co-OC Shawn Elliott.

2. No Timeline Has Been Announced

Per @WesMitchellGC and I, we have confirmed that Steve Spurrier plans to retire. No timeline immediately known. He informed team tonight.

Gamecock Central reported that Spurrier’s retirement will begin immediately. The University of South Carolina and Steve Spurrier have not announced whether it will take place immediately or at the end of the season.

The announcement comes months after Steve Spurrier spent the offseason announcing he would not be retiring any time soon. He called an impromptu press conference in Columbia in response to a newspaper article suggesting that Spurrier’s time in coaching was coming to an end. Spurrier appeared angry in the press conference and was adamant over the offseason that he would not be retiring. 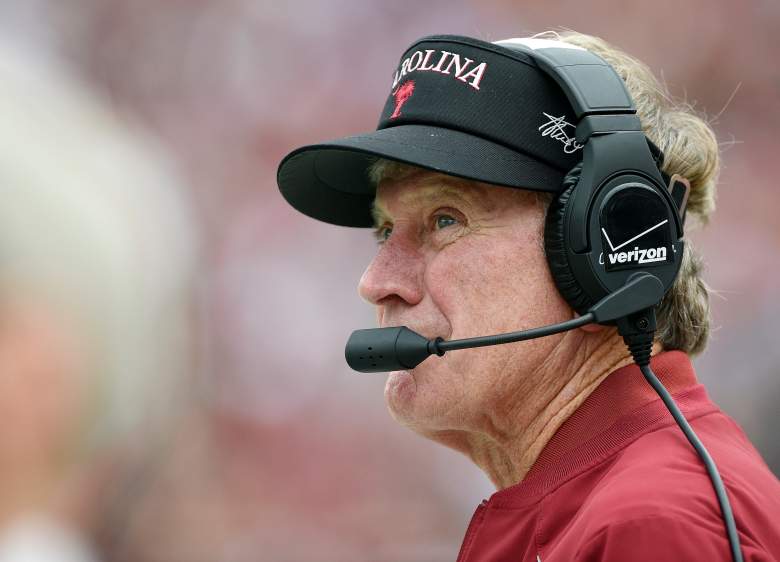 The Gamecocks struggled at the beginning of the 2015 college football season. The team went 2-4 with the lone wins coming against North Carolina and UCF. Spurrier was with the school as head coach for 11 seasons. He previously spent time as head coach at Florida, Duke and with the Washington Redskins.

5. He Was Always a Great Interview

Spurrier was known for being a great interview. It would be no surprise if he ended up working in the media. Various media members reflected on their time covering Steve Spurrier and his teams. Here was some of the reaction:

When I covered Steve Spurrier in Gainesville, it was a reporter’s dream. Just bring a note pad with enough empty pages.

Steve Spurrier used to have open practices and scrimmages, was always available and ate lunch w us. I thought it was like that everywhere.

Before people said if you have 2 QBs you have none, Steve Spurrier rotated 2. He always wondered why nobody asked why he rotated guards.

Steve Spurrier was great at #Florida. What he did at #SouthCarolina more impressive: 11 wins 3 years in a row w/Top 10 finishes each year.

Read More
College Football, Football
South Carolina head coach Steve Spurrier is retiring from coaching. Find out all the details on the move and what the future holds for South Carolina.