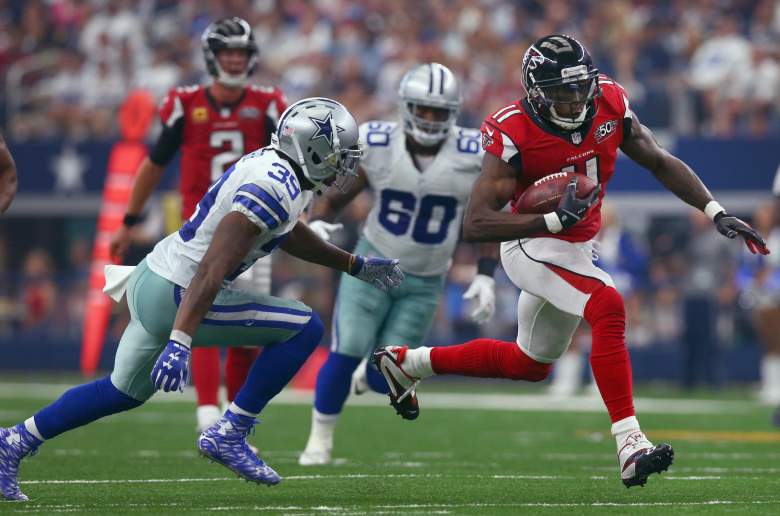 The Falcons hit rock bottom last season after years of contending in the postseason, and it now appears 2013 and 2014 were outliers as Atlanta is out to a 3-0 start this season. The Falcons return to the friendly confines of the Georgia Dome for a Week 4 matchup with the Houston Texans, just the second time the two teams have met in Atlanta.

Atlanta is currently a 5.5 point favorite at home against Houston at sportsbooks monitored by OddsShark.com.

Atlanta has rallied from serious deficits in all three games to start out 3-0, largely behind the deadly combination of quarterback Matt Ryan and Julio Jones. Jones’ 440 receiving yards led the league through three weeks, almost making up half of Ryan’s 946 passing yards (third in NFL).

The Texans (1-2) won their first game in 2015 at home by beating the lowly Tampa Bay Buccaneers 19-9 in a game marred by mistakes from both teams. The Bucs missed three field goals, an extra point and had a number of crucial drops, while the Texans drove deep into Tampa territory several times without coming away with touchdowns.

Making his fourth career start, Texans quarterback Ryan Mallett completed 24-of-39 passes for 228 yards, a touchdown and an interception. The 27-year-old is finally getting a long look at the starting quarterback job after Brian Hoyer was benched in Week 1.

OddsShark’s predicted score calculator has the Falcons holding a 24.8-16.4 edge, slightly more than the 5.5-point spread set by oddsmakers.

The teams have only played three times in regular season games; the Texans have won two.

The total for Sunday afternoon’s Texans vs. Falcons betting matchup is set at 47 points at the sportsbook.

Read More
Atlanta Falcons, Football, Houston Texans, NFL
The Falcons are 5.5 favorites at home against the Texans in a Week 4 NFL matchup.