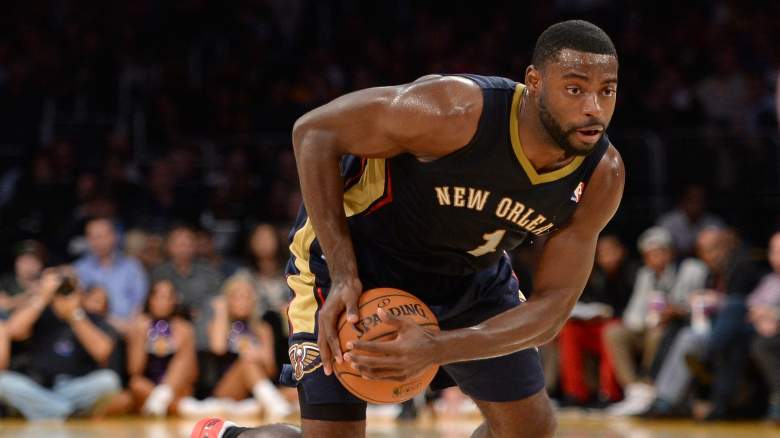 The regular season hasn’t even started yet, but the injuries continue to pile up for the New Orleans Pelicans backcourt. On Tuesday, the team announced Tyreke Evans underwent arthroscopic surgery on his right knee.

John Reid of the Times-Picayune passed along Evan’s estimated timetable, reporting he is expected to miss close to two months:

With Jrue Holiday on a 15-minute-per-game restriction and Norris Cole out for the start of the season with a high ankle sprain, the Pelicans are extremely thin in the backcourt.

The next man up in the point-guard rotation is Nate Robinson, who signed with the Pelicans last week. For at least the start of the season, the veteran appears to be looking at big minutes.

Read More
Basketball, NBA
Find out everything you need to know about Tyreke Evans' knee injury, which forced him to undergo arthroscopic surgery Tuesday.