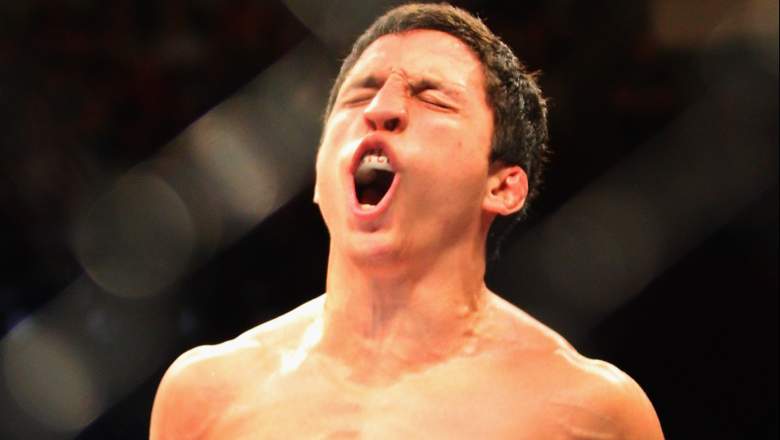 Before Daniel Cormier vs. Alexander Gustafsson and the rest of the main card, UFC 192 has a lot to offer with a couple of very intriguing preliminary cards.

The most compelling of the bunch has to be Joseph Benavidez vs. Ali Bagautinov. The two fighters have a combined 12-3 UFC record, have both fought for the Flyweight Championship and have fought on a handful of PPV main cards in the recent past. Perhaps Dana White has concerns about Bagautinov’s effetiveness after a year-long absence following his suspension for a positive EPO test, but it should still be a terrific undercard fight.

UPDATE: Benavidez vs. Bagautinov was moved the main card after the Johny Hendricks vs. Tyron Woodley co-main event was canceled.

And that’s just the tip of the iceberg. There are bunch of other good fights scheduled, including the highly anticipated debut of 19-year-old Sage Northcutt. Here’s a look at the full schedule of prelims from the Toyota Center, as well as how to watch them online or on mobile.

The first preliminary card, which starts at 6 p.m. ET, can be watched online via UFC Fight Pass on UFC.tv. There are one-month, six-month and 12-month subscription options to Fight Pass, and you can start a free trial here.

The second preliminary card, which starts at 8 p.m. ET, can be watched online via Fox Sports GO. You’ll need the log-in and password for a cable subscription — either yours or someone else’s — to access the stream. Frequently asked questions about Fox Sports GO can be found here.

How to Watch UFC 192 Prelims on Mobile

Users can watch the first preliminary card on the UFC app, which is free to download for your Apple device or your Google device. Like on desktop, watching it this way requires a UFC Fight Pass subscription, which you can order or start your free trial here.

Users can watch the second preliminary card on the Fox Sports GO app, which is free to download for your Apple device, your Android or Google device, your Amazon device, and your Windows device. As is the case with the desktop live stream, you’ll need a cable log-in and password to access the stream on the app.