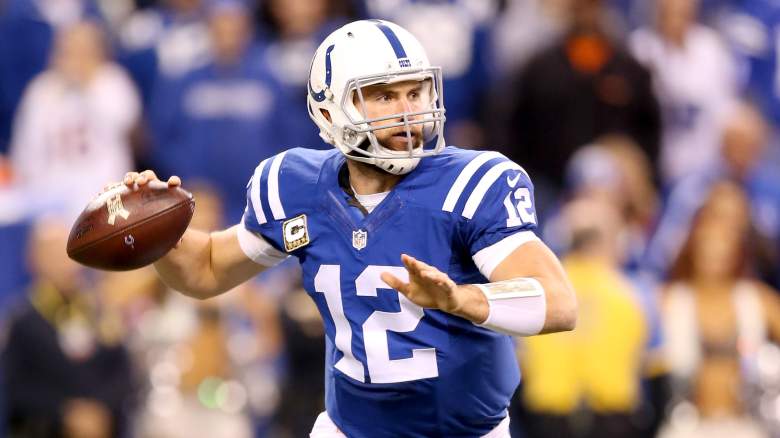 Well, this was unexpected.

Indianapolis Colts quarterback Andrew Luck, who has been battling injuries all season, was expected to use the team’s bye week to get healthy. Instead, it was announced Tuesday that he has a lacerated kidney and will miss 2-6 weeks:

Cue the fantasy panic. Luck hasn’t been great from a fantasy perspective this season–especially considering where he was drafted–but this is still a blow to owners, especially after he played well in the team’s first game under new offensive coordinator Rob Chudzinski.

There’s a chance he misses the rest of the season, but I still wouldn’t drop him. The Colts have a wonderful fantasy football playoff schedule (Jaguars, Texans and Dolphins in Weeks 14-16), so his upside is still too great should he make his way back in time. And while this is a scary-sounding injury, if there’s someone who’s going to return at an accelerated pace, it’s Luck, who has already proven to be one of the toughest players in the NFL.

Or in other words:

In other news, the Colts listed Andrew Luck's lacerated kidney as a "boo-boo."

If you have Luck, simply stash him on your bench and look at players like Blake Bortles, Joe Flacco or Marcus Mariota (I would stay away from Matt Hasselbeck and his limited upside unless you’re desperate) for a replacement. It’s obviously not an ideal situation, but you don’t want to panic and drop a potential late-season QB1.