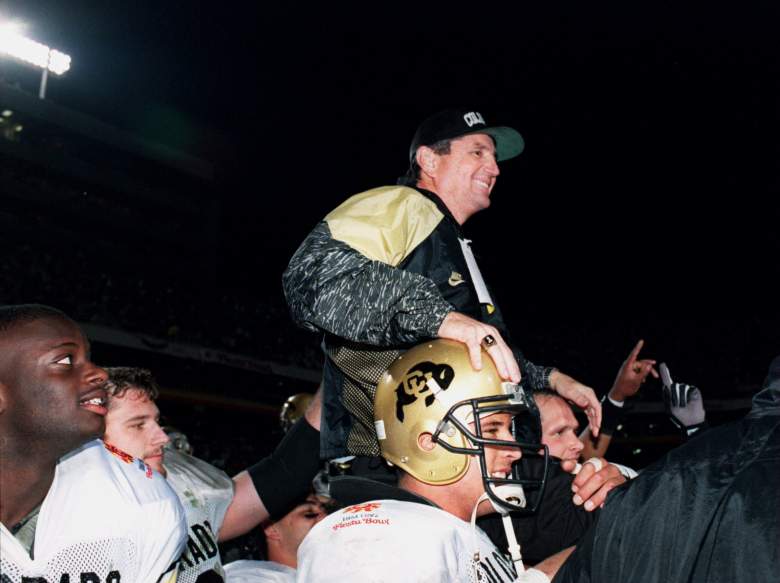 McCartney became one of the most polarizing figures in all of college sports over the course of his coaching career at Colorado. (Getty)

Bill McCartney, the former head coach of the University of Colorado football team, has been in the public spotlight for years. But while his success on the gridiron helped spark his rise to fame, McCartney’s life, and his beliefs, away from the field have come to shape his reputation.

It’s a reputation that’s been filled with controversy, national championships and a truth that is almost stranger-than-fiction.

McCartney’s passionate beliefs and sometimes polarizing presence have made him one of the most intriguing figures in all of sports. His legacy on and off the football field will be profiled in the latest 30-for-30, “The Gospel According to Mac.” The latest documentary in the successful ESPN series premieres at 9 p.m. ET on November 3.

Here’s what you need to know about McCartney: 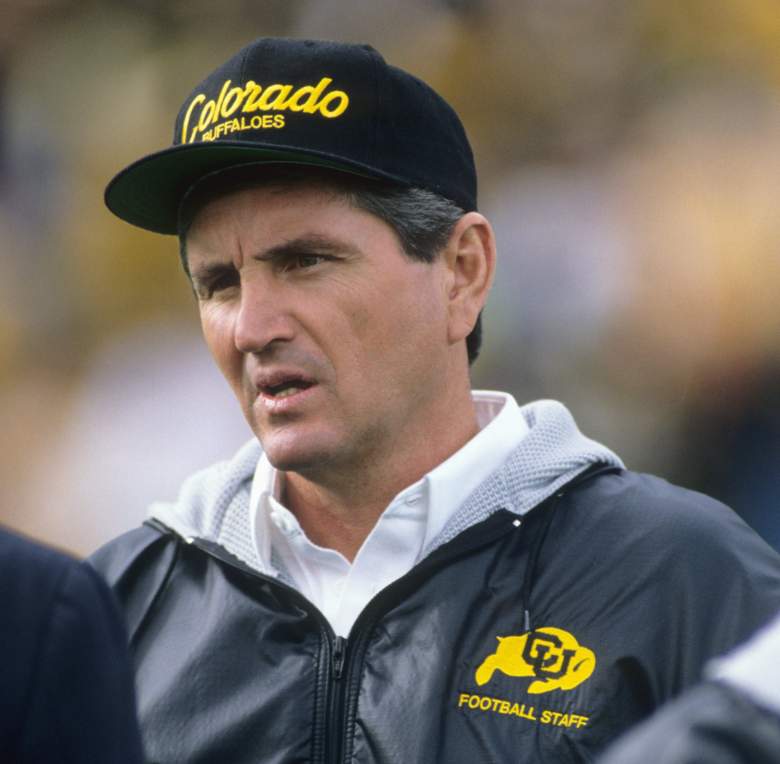 McCartney racked up more than half a dozen coaching records during his time on the Colorado sidelines. (Getty)

After eight years as an assistant at Michigan, McCartney was hired to replace Chuck Fairbanks as the head coach at the University of Colorado in June, 1982. In his fourth season with the Buffaloes, McCartney guided the team to a 7-5 record and a berth to the Freedom Bowl.

Then, in 1989, McCartney and CU broke into the national spectrum. The Buffaloes won all 11 of its regular season games, but fell to Notre Dame in the Orange Bowl. Still, expectations for the team were higher than ever.

In 1990, the Buffaloes staged one of the most impressive win streaks in the country – despite the controversy involved in it. The Buffaloes defeated Missouri in what is now known as “The Fifth Down Game.” Although there was a bit of an asterik involved, the Buffaloes rose to the top of the national rankings and won their first national championship after being voted No. 1 in the AP Poll.

McCartney retired from coaching at the age of 54 following the 1994 season and holds records for the most games coached (153), most wins (93), and most conference wins (58) in the history of the Colorado Buffaloes football program.

In 1991, McCartney and a friend were driving from Pueblo, Colorado to Boulder and the pair had an idea; an all-male evangelical Christian group. Thus, Promise Keepers was born.

McCartney’s faith has always been a major part of who is as a person, not just a coach, and described his beliefs in his autobiography, writing:

I can and will keep right on praying that every athlete who commits himself to playing football for Colorado will also commit his life to Jesus Christ. … It’s been my experience that the young men who come from the good homes, the bedrock solid homes that are full of Christian love and care, are the ones who have the best chance to withstand the pressures and meet the challenges of college.

According to its website, Promise Keepers began its mission to “unite men to become warriors who will change their world through living out the Seven Promises.” For a short time from 2009 to 2011, the group broadened its mission to include women and children as well, but opted to return to its original focus in 2012.

Promise Keepers has staged over 200 stadium, arena and church events and even saw 1.4 million men stand on the United States national mall for a service in October 1997. 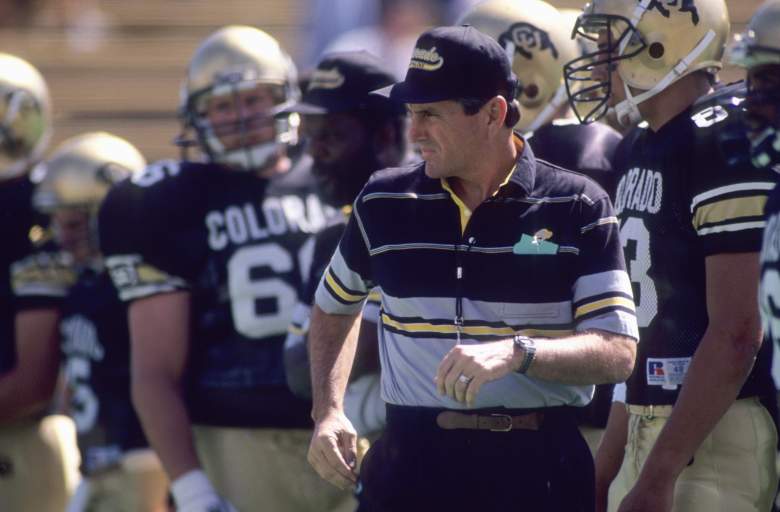 McCartney has published five books since he retired from coaching, focusing most of his efforts on his evangelical work. (Getty)

In addition to his work with Promise Keepers, McCartney also serves on the board of directors of  Equip Foundation, Gospel to the Unreached Millions, and Concerts of Prayer International.

He’s also written five books: From Ashes to Glory (1995),Sold Out (1997), Sold Out Two-Gether (1999), co-authored with his wife, Lyndi McCartney, Blind Spots: What You Don’t See May Be Keeping Your Church From Greatness (2003), and Two Minute Warning: Why It’s Time to Honor Jewish People Before the Clock Runs Out (2009) with Aaron Fruh.

4. His Daughter & Former Colorado QB Sal Aunese Had a Child Together

Aunese and Kristy McCartney first met when he first arrived at Colorado. They lived on the same floor in the same dorm room on campus. They were friends for years, spending time together before they started to date in 1988; in secret.

The pair found out that Kristy was pregnant during the 1988 season, shortly after Colorado had defeated Oregon State. Aunese had thrown for 190 yards. Aunese’s brother Joe described what it was like to hear the news:

“I found out from my sister, and I was kind of like, ‘What?’ And then the first thought in my mind was, ‘McCartney’s daughter? The head coach’s daughter?’ My thinking was, ‘Wow, I know Coach McCartney ain’t a happy camper.’ I’m thinking, ‘What’s going to happen to Sal? Is this going to affect his scholarship?’

Aunese was diagnosed with inoperable stomach cancer, and only six months to live in 1989. He was there when Timothy Chase McCartney was born on April 24, 1989. He passed away on September 23.

5. McCartney Was a Vocal Supporter of Amendment 2 of the Colorado Constitution 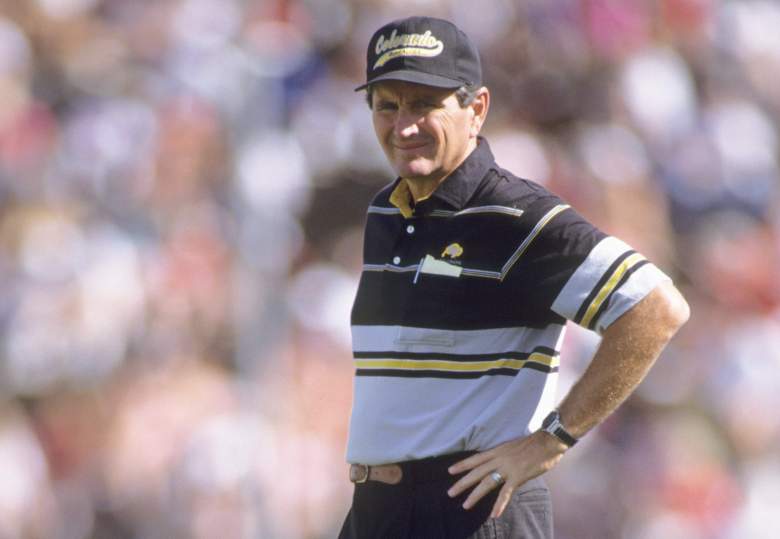 McCartney has drawn criticism for his controversial, and very public, views. (Getty)

In 1993, Colorado passed Amendment 2, a brand-new law that, essentially, banned any other laws protecting homosexuals from discrimination. The move sparked protests and debates, not only in Colorado, but across the entire country.

McCartney was one of the most vocal supporters of the law and joined the group, Colorado for Family Values, at the CU football stadium to rally for Amendment 2. The use of the school’s facilities cause an outcry among students at CU.

The Amendment was eventually deemed unconstitutional by the Supreme Court.