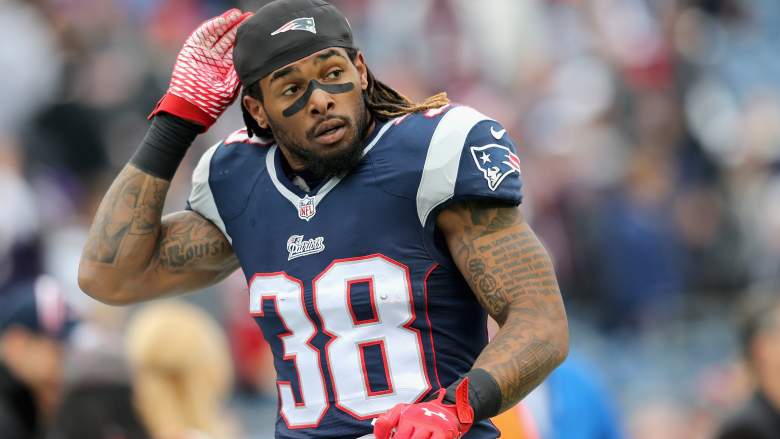 The NFL Gods have not been nice lately. Last Sunday, Le’Veon Bell, Steve Smith, Keenan Allen and Matt Forte all went down. This week, the first causality was one of the most electrifying young players in the league.

With the New England Patriots comfortably ahead of Washington in the third quarter, running back Dion Lewis left with a non-contact knee injury. He was able to walk off under his own power, but he was quickly ruled out:

The #Patriots just announced RB Dion Lewis has a knee injury and already declared him out.

Tough news out of Foxborough: #Patriots RB Dion Lewis out for the season with torn ACL per team source.

LeGarrette Blount will now see major work as the early-down and goal-line back. However, the passing-down back in this Patriots offense has always been valuable for fantasy purposes, especially in PPR leagues, opening up an opportunity for either James White or Brandon Bolden.

It’s just not easy to forecast which one will benefit most.

On Sunday, Bolden was active as the third running back and immediately caught an 18-yard touchdown after Lewis’ departure, while White was a healthy scratch. However, when Lewis missed Week 7 against the New York Jets, it was White who stepped into his role, catching three passes for 26 yards on five targets.

In standard leagues, don’t fall over yourself or break the bank to acquire either one. It’s still a murky situation, Blount should dominate snaps and there’s a good chance there will be a committee behind him.

In PPR leagues, though, consider adding both and simply waiting to see how everything plays out if you have room on the bench. If one can establish himself as the clear passing-down back in this explosive offense, he could hold flex value. If you only have space to make one add, White is who I’m going after. Bolden was active Sunday because he’s better on special teams, but White is a better pass-catching back, he was used in this situation earlier in the year, he’s a more exciting talent than Bolden (read: higher upside) and he would be more adept at filling Lewis’ particular role.

Just remember to tread lightly. Bill Belichick can be impossible to predict, and neither player carries anywhere close to the same kind of upside as Lewis.