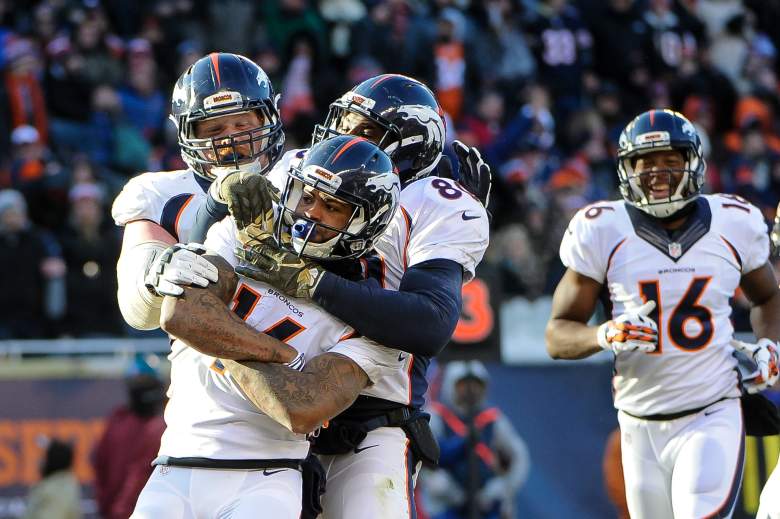 The Denver Broncos snapped their two-game losing streak on Sunday afternoon with an impressive road victory over the Chicago Bears. (Getty)

There are two very different ways to feel about this game.

If you’re a Chicago Bears fan, you’re less-than-pleased as your team scored just one touchdown in the game’s waning seconds and was held out of the end zone on the two-point conversion attempt that would have tied the game.

The Broncos snapped a two-game losing streak as Osweiler got the offense rolling thorugh the air and the ground game finally started to show some life. Ronnie Hillman finished the game with 102 yards on 21 carries. On the flip side, Jay Cutler, who had been so good over the past few weeks, completed just 18 of 33 passes and was picked off twice.

Click here to check out a full box score of the game and keep reading for some of the game’s best moments:

The Chicago Bears offense finally got a bit of life to it with 24 seconds left in regulation as running back Jeremy Langford pushed his way into the end zone for a two-yard score. But (and this is a big but) the Bears couldn’t convert on the PAT.

Langford tried to push in again on the right side, but couldn’t get in for the game-tying conversion.

Are we officially seeing the start of the Brock Osweiler era? It might be.

After the Bears had clawed back to make it a one-point game, Osweiler tossed his second touchdown of the afternoon with a 10-yard bullet pass to Cody Latimer in the opening minutes of the fourth quarter. Check out the toss here:

Osweiler had thrown for 232 yards and two touchdowns, with just five incompletions, with just under 12 minutes left in the fourth quarter.

Not too shabby for a backup.

The Denver Broncos quarterback took every snap under center to lead his squad to a 7-0 lead on a four-play, 74-yard drive, capped off by a touchdown pass to DeMaryius Thomas.

Raise your hand if you expected that one.

So, this one will be interesting.

Peyton Manning is sidelined (for at least) this Sunday after a handful of injuries finally caught up with the veteran quarterback. That means it’s tie for fourth-year backup Brock Osweiler to make his first NFL start.

But don’t automatically give the Bears a victory quite yet.

According to ESPN, Chicago wide receiver Alshon Jeffery, who has been battling groin and shoulder injuries, is not expected to play. Jeffery was listed as questionable after missing practice on Friday. That’s a serious hit for a Bears defense that was, finally, starting to find its rhythm.

This isn’t unusual for Jeffery, who has battled injuries throughout the season and missed four weeks with a pulled hamstring before returning in Week 6. He posted three straight 100-yard receiving games upon his return.