In his first television appearance since checking into alcohol rehab, Yankees pitcher CC Sabathia spoke to Good Morning America Friday morning to talk about his rehabilitation. The interview, which was filmed earlier in the week and conducted by GMA co-anchor Robin Roberts, features Sabathia and his wife Amber discussing his decision to leave the Yankees in favor of treatment before the baseball season had ended.

Here’s what we know about Sabathia and his condition:

1. Sabathia Was Interviewed by ‘Good Morning America’ For the First Time Since Entering Rehab

CC and Amber at an event in 2014. Both appear on Good Morning America with Robin Roberts on Friday. (Getty)

In a clip released earlier in the week, Sabathia said he “understands” why fans would be shocked and upset at his sudden desertion of the team. But he explained to Roberts that he was hurting, just like with any other injury.

“I understand where, you know, fans would be upset and people would not understand. If it was my knee or if it was anything else, then people wouldn’t have a problem with it. You know, it being alcoholism, it was tough for people to swallow, but it’s the same thing.”

2. Sabathia Entered Rehab One Day Before the Biggest Game of the Yankees’ Season

Sabathia shocked the baseball world when he left the Yankees of the eve of the 2015 postseason. (Getty)

The Yankees battled throughout August and September, just to have an outside shot at the 2015 postseason. They slid down the stretch, and back into the playoffs via the one-game Wild Card elimination. One day before the Yankees win-or-go-home scenario, Sabathia checked into a treatment facility.

In a statement released by the Yankees, Sabathia stated that while he understood the poor timing, the move was necessary for his health. He added that “It hurts me deeply to do this now, but I owe it to myself and to my family to get myself right. I want to take control of my disease, and I want to be a better man, father and player.”

While he wasn’t scheduled to pitch in the game, the story became a massive distraction for players. Sabathia is also a Yankee veteran, and a leader in their clubhouse. His veteran presence was missed, and the Yankees were eliminated by the Houston Astros, 3-0. 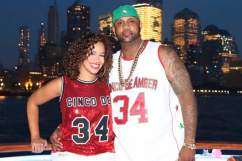 3. Sabathia Emphasized That His Alcoholism is a Disease

Sabathia took a ton of criticism when he left for rehab, but says in his interview it was the “only option.” (Getty)

Throughout his struggle, Sabathia has acknowledged that alcoholism is a disease and must be treated properly. What caused him to enter rehab is still unknown, but Sabathia tells Roberts in the interview that he had “no other option” than to check into rehab when he did.

Here’s a telling paragraph from his statement, released by the Yankees:

“Being an adult means being accountable. Being a baseball player means that others look up to you. I want my kids — and others who may have become fans of mine over the years — to know that I am not too big of a man to ask for help. I want to hold my head up high, have a full heart and be the type of person again that I can be proud of. And that’s exactly what I am going to do.”

Battling knee injuries throughout the summer, Sabathia was a major factor for the Yankees down the stretch. (Getty)

At 35 years old, Sabathia took a step back this year in terms of his stature in the Yankees rotation. He finished the season 6-10, allowing a 4.73 ERA in 29 starts. That included several breaks, as CC battled knee injuries throughout the season.

That being said, Sabathia was huge during the season’s stretch run. When the Yankees were battling in the AL Wild Card race, CC produced quality starts when it mattered most. That’s why although he wasn’t starting in the elimination game, Sabathia would definitely have factored into the Yankees playoff rotation. Sabathia finished September/October with five starts, earning a 2-1 record with an ERA of just 2.17.

Sabathia maintained that he is returning to the Yankees next year, and that he misses spending time with his teammates. (Getty)

Most notable from Friday’s interview is Sabathia’s eagerness to return to the Yankees next season. He told Roberts that he is “100 percent” and “ready to go” for the 2016 season. Sabathia is scheduled to make $25 million next season.

The Yankees don’t plan on moving Sabathia, but they need to do something to improve their rotation. The Yankees had a team ERA of 4.05 in 2015, 17th best in the majors. Next year’s starters look like Sabathia, Miguel Pineda, Masahiro Tanaka, and Luis Severino.