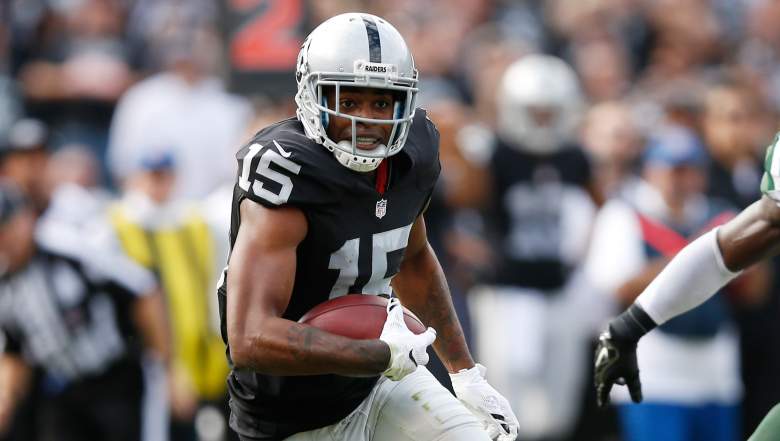 As we hit the midpoint of the NFL season, we’re starting to see the injuries pile up.

Steelers running back Le’Veon Bell (knee), Bears running back Matt Forte (knee), Ravens wide receiver Steve Smith (Achilles’) and Chargers wide receiver Keenan Allen (kidney) were some of the big names who succumbed to injuries in Week 8. For Bell and Smith, they were season-ending. Forte’s isn’t considered long-term and Allen’s status is unknown at this time.

Needless to say, there will be a few new names on the fantasy radar. But that seems to happen all the time, so Week 9 is no different when it comes to sleepers.

But before we to the Week 9 sleepers and bargains in DraftKings, don’t forget to bookmark our fantasy football rankings 2015 page to keep up-to-date on the latest projections and rankings so you know you who to start and who to sit each week.

Here are the top sleepers and bargains for DraftKings NFL Week 9:

Dalton is coming off his worst fantasy game of the season, so fantasy owners are likely to be down on him. But a matchup with the Browns will likely keep this “slump” at just one game. Cleveland just gave up 374 yards and 4 touchdowns to Carson Palmer, so you can expect the Bengals to do what they can to get Dalton and the passing game back on track.

On the other side of the spectrum is Carr, who is coming off his best fantasy game of 2015 … and ever, actually. Carr has 7 TD passes over the past 2 games, while averaging 311 yards. Pittsburgh’s pass defense is coming along, but it still allows 270 yards per game and an opponent completion percentage of nearly 68. Carr is locked in, inexpensive and probably won’t be widely owned in Week 9, which is what a sleeper is all about.

Ivory is coming off two-straight forgettable performances, but the Jets might have no other option than to rely heavily on the running game as they might be forced to use their third-string QB Bryce Petty. They’re not slouches, but the Jaguars haven’t been the toughest against the run, so a 25-carry game could yield big numbers for Ivory.

With Matt Forte’s status up in the air (knee), Langford is going to be a hot pickup for Week 9. In DraftKings scoring, the Chargers are the most generous team in the NFL when it comes to points allowed to opposing running backs. With Langford at such a reasonable price, he might be a heavily-owned player, but he could pay serious dividends.

The Drew Brees to Cooks connection is beginning to heat up. Cooks has seen 21 targets over the past 2 games and has at least 80 receiving yards in 3 of the past 4. The Titans have been pretty stingy vs. the pass, but when Brees is hot, you want to get on board. And Brees is hot.

I talked about Carr above and how he’s been virtually unstoppable lately. And he owes a lot of that success to Crabtree, who leads the team in targets at nearly 10 per game. Another 10 targets vs. a beatable Steelers secondary should see a productive day from Crabby. And that price is very attractive.

Tamme has quietly become one of Matt Ryan’s more reliable receivers. Is that good news for the Falcons in real life? Maybe not. But it is for fantasy owners. He’s caught 24 of 33 passes over the last 4 games and a matchup vs. the soft 49ers should help the good times continue to roll.