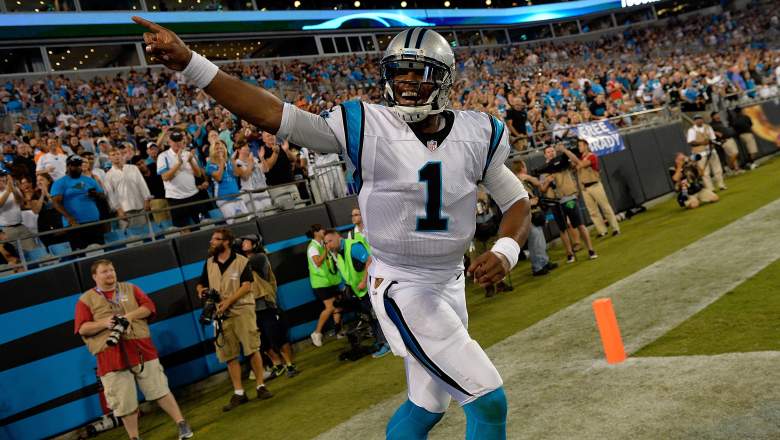 Cam Newton has lead the Panthers to a franchise-best 8-0. (Getty) 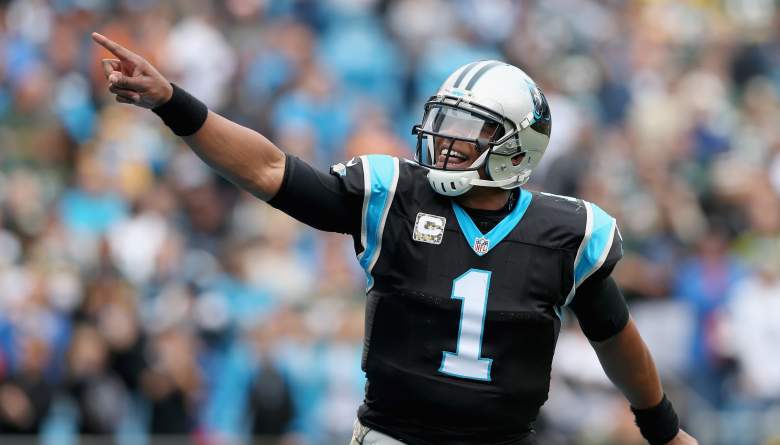 Cam Newton and the Panthers keep rolling on. (Getty)

The game looked to be a blowout as Carolina held a 37-14 lead in the final frame. Then Aaron Rodgers went to work, throwing two touchdowns and being stopped just shy of the goal line on a third score as the Packers’ bid to tie the game in the waning moments fell shy.

Carolina’s defense befuddled Green Bay through three quarters, but with his big fourth quarter, Rodgers made sure it was a game with great numbers for both offenses.

Rodgers finished 24-47 for 376 yards and four touchdowns and an interception. Panthers quarterback Cam Newton was 15-30 for 297 yards and three touchdowns, as he continued his stellar play in 2015.

Green Bay’s Davante Adams had seven receptions for 105 yards in the loss. Jericho Cotchery caught three balls for 82 yards in the Carolina win.

The loss was the second straight for Green Bay, dropping them to 6-2 overall. The win boosted undefeated Carolina to 8-0 and the undisputed head of the NFC.

Richard Rodgers caught his second touchdown of the day on a pass From Aaron Rodgers for 3 yards. After trailing 37-14 the Packers have scored 15 unanswered points.

Aaron Rodgers’ short pass right to James Starks for 29 yards and a touchdown, followed by a two-point conversion to Davante Adams, has put the Packers down 37-22 with less than eight minutes to play.

Devin Funchess caught a 14-yard pass From Cam Newton to put Carolina up 37-14 with just over nine minutes to play. Carolina is looking improve to a franchise-record 8-0.

Packers Open Up Second Half With Big-Play Touchdown

Randall Cobb was on the receiving end of a 53-yard touchdown pass from Aaron Rodgers, and the Packers started the second half strong. They now trail the Panthers 27-14.

Panthers Dominating on Both Sides of Ball Against Green Bay

Cam Newton and the Panthers keep rolling on. (Getty)

Carolina seems to be on a quest to prove they are for real, and unless there’s a second-half letdown against the Packers, this game will go a long way to help them prove their point.

The Packers have held quarterback Aaron Rodgers and the Packers offense to just 133 total yards of offense and 7 points in the first half. Carolina has racked up 285 yards of their own, and have scored 27 points fairly effortlessly.

Aaaron Rodgers was 8-16 for 117 yards and a touchdown pass to Richard Rodgers, while Panthers signal caller Cam Newton was 8-15 for 209 yards and two touchdowns. Jericho Cotchery had three catches for 82 yards, while tight end Greg Olsen caught his 500th career pass for Carolina.

Cam Newton connected with wideout Corey Brown for a 39-yard touchdown and the Panthers are taking it to the Packers, up 27-7 at home at the end of the second quarter.

Cam Newton passed short middle from the shotgun to to Greg Olsen for 7 yards and a touchdown to put Carolina up 17-7 at home.

The catch was the 500th of Greg Olsen’s career.

The Cam Newton flying TD run to take the lead from the #Packers – https://t.co/LfMpzHc4IM

Cam Newton got into the end zone on a 1-yard plunge to put the Panthers up 10-7 early in the second quarter at Bank of America Stadium. Carolina is trying to improve on their franchise-best 7-0 start.

Aaron Rodgers hit tight end Richard Rodgers with a touchdown in the closing seconds of the first quarter to put the Packers up 7-3 on the road in Carolina.

It was Aaron Rodgers’ 16th touchdown of the year and Richard Rodgers’ third receiving score on the season. 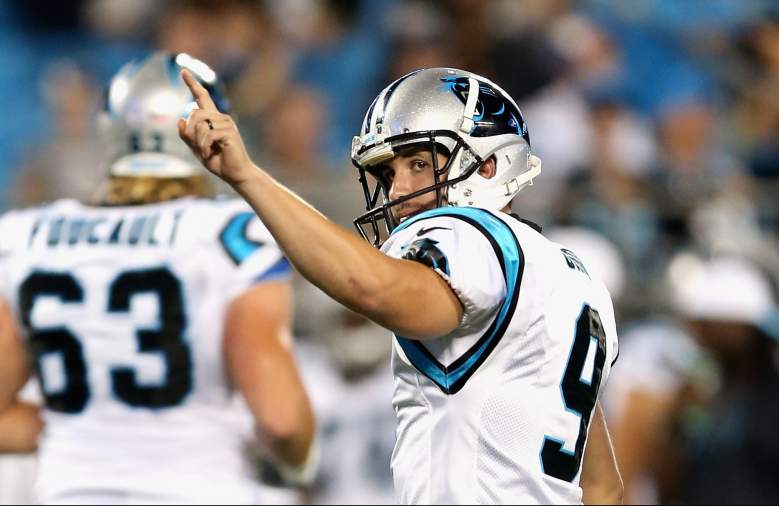 Graham Gano got the unbeaten Panthers on the board first. (Getty) 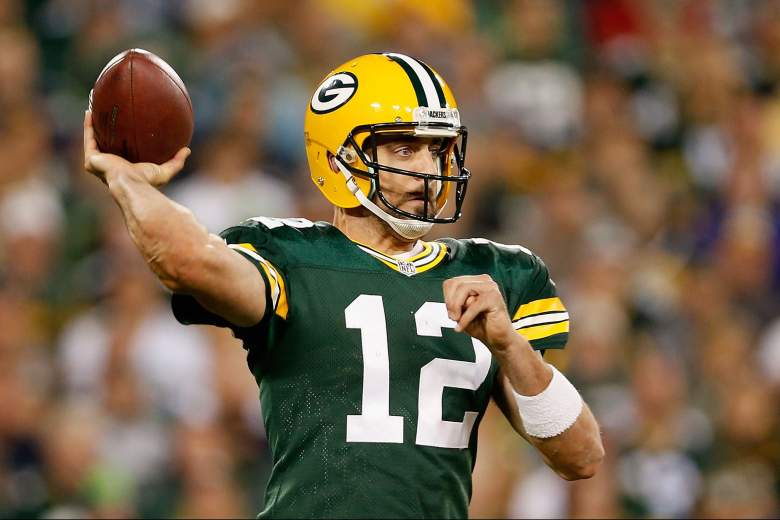 Aaron Rodgers had one of the worst games of his NFL career in Week 8. (Getty)

A battle of heavyweights is upon us. The Panthers and the Packers, thus far the two strongest teams in the NFC, face-off in Week 9 at Bank of America Stadium.

Can the Panthers remain undefeated? Can Aaron Rodgers rebound from one of the worst games of his life and give the Packers their biggest win of 2015? Check back here for live scoring updates, stats and highlights.