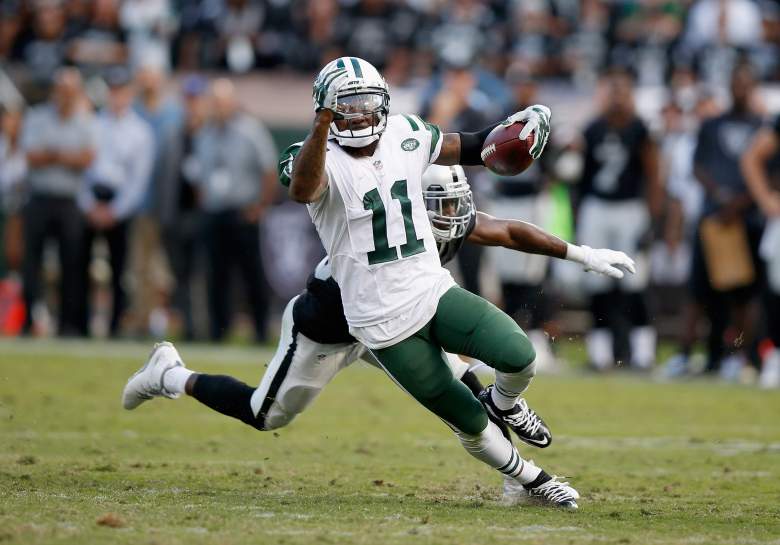 After a disappointing showing against the Oakland Raiders last week, the New York Jets look to bounce back this Sunday. (Getty)

The Jacksonville Jaguars and New York Jets square off in a Sunday afternoon tilt that could have some major postseason implications for both squads.

The game will be broadcast locally on CBS at 1 p.m. ET. It’ll be shown on CBS-47 in the Jacksonville area and CBS-2 in the greater New York City area.

TV Channel: The game will be broadcast locally on CBS with Greg Gumbel and Trent Green on the call. Click here to check and see if you’re within the game’s coverage area.

Game Preview: It might not make much sense to the football-watching world, but the Jacksonville Jaguars are just a half-game out of first place in the AFC South. Yup. That’s a real sentence that is happening in the real world.

That also makes this Sunday’s matchup against the New York Jets incredibly important.

A victory this week against the New York Jets could put the Jaguars in control of their own postseason destiny, thanks, in large part to an AFC South that is less-than-impressive this season. Still, it doesn’t guarantee anything against Gang Green.

The pressure is on Jacksonville’s defense to make things happen on Sunday, going up against a Jets offense that is nothing short of seriously banged up. It starts up front for the Jags, looking to slow down the run, but may hinge on the squad’s ability to pressure Ryan Fitzpatrick. The Jets QB will still start, despite the tear in a ligament in his left thumb. If Jacksonville can get in Fitzpatrick’s face, pressure him and maybe force him into some bad decisions (he’s only been sacked four times), the Jaguars may be able to spark their own victory.