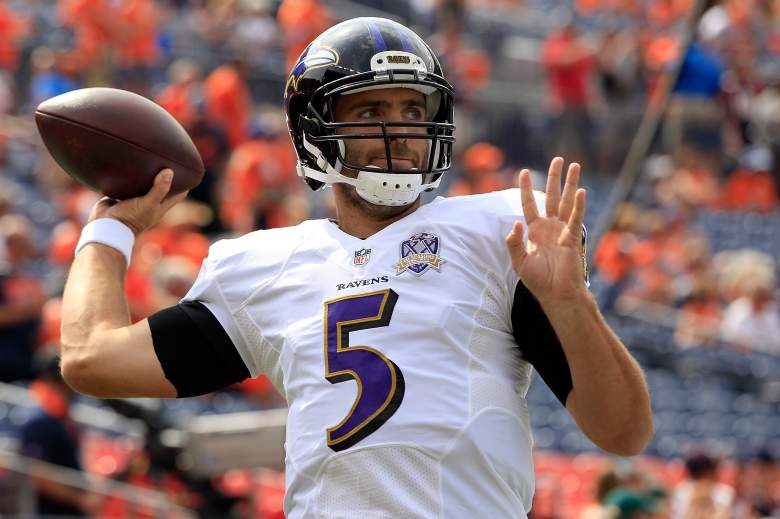 Baltimore Ravens quarterback Joe Flacco will miss the rest of the season after tearing his ACL on Sunday. (Getty)

Joe Flacco is done for the season with a knee injury. https://t.co/kC3otINNFz

When did that happen exactly? Didn’t Joe Flacco play the entire game against the St. Louis Rams? Didn’t he lead his team on a fourth quarter drive to set up the game-winning field goal?

Yup. To all of it. And he played with a torn ACL.

So, Flacco will miss the rest of the season after starting 122 straight games in his career, the fifth longest streak in NFL history. According to Harbaugh Flacco’s injury occurred on the last series of the game on a passing play. The long-time quarterback has hardly been perfect this season, throwing 10 interceptions. But he’s also been the driving force of Baltimore’s offense and has racked up 2,492 passing yards and 13 touchdowns.

Veteran Matt Schaub (who had some fairly terrible interception issues during the preseason) is the team’s backup and the only other quarterback on the roster. He’ll likely assume starting duties next week.

It was a fairly catastrophic game for the Ravens who also lost running back Justin Forsett to a broke arm during the game.

Baltimore has now lost Steve Smith Sr., Terrell Suggs, Flacco and Forsett for the remainder of the year.