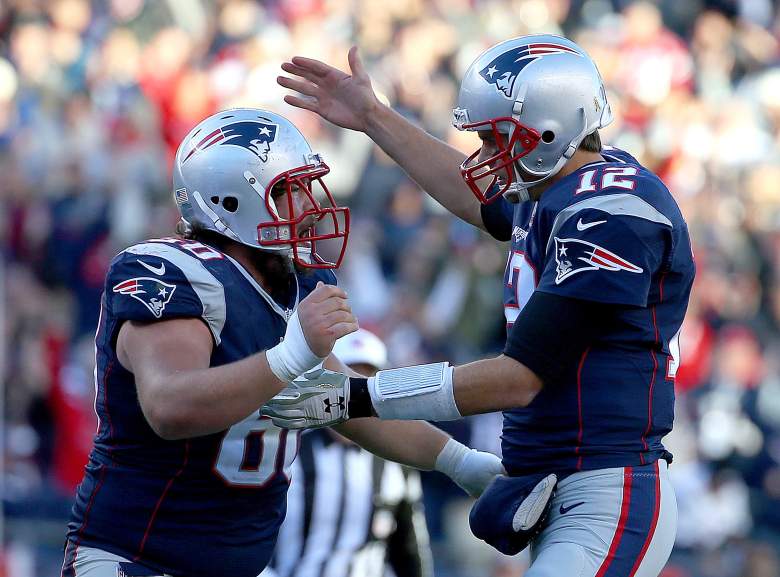 Tom Brady has a bit of a history with the New York Giants throughout his career. Now, he’s looking for another victory. (Getty)

The New England Patriots head to the Meadowlands on Sunday afternoon for a matchup against the New York Giants; a team that has been the perennial thorn in the side of the reigning Super Bowl champs.

This, of course, however, is not the Super Bowl. There is no championship on the line. There is just an undefeated Patriots squad and a gritty New York team that is, somehow, still in first place in the NFC East.

So while history and former games may loom large on Sunday afternoon, this is a brand-new game and it won’t be easy for either squad.

TV Channel: Locally broadcast on CBS with Jim Nantz and Phil Simms on the call. Click here to see if you fall within that coverage zone.

Game Preview: Big Blue has a bit of a challenge this Sunday afternoon.

The undefeated New England Patriots are coming to town and the hot-and-cold New York Giants are going to need to bring their best game if they’re going to hand the reigning Super Bowl champs their first loss of the year.

That means the defense, which has been consistently inconsistent, will need to step it up; big time. Particularly in the secondary.

Dominique Rodgers-Cromartie is going to need to play the game of his life for the Giants, slowing down at least some of the Patriots potent receiving threat. After all, this is still Tom Brady throwing the ball. The veteran QB has been playing with such an obvious chip on his shoulder this season, it’s surprising that his jersey still fits correctly.

Brady has thrown for 338.6 yards per game this season with 22 touchdowns and just two interceptions.

The Giants need to take some of Brady’s options away and, perhaps, even try and get to Brady himself. That’s a tall order for a New York defensive line that has hardly applied any pressure to opponents this season, but it’s the hand they’ve been dealt this weekend.

See, just a bit of a challenge. 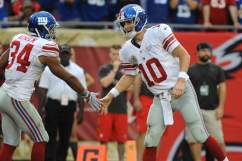