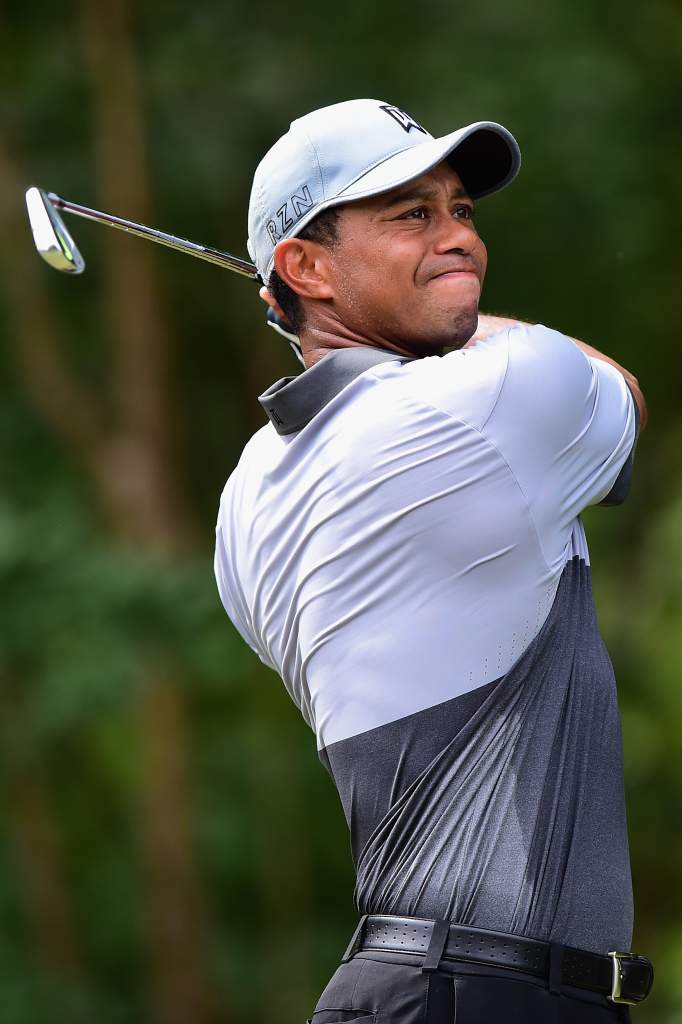 Tiger Woods tees off on the sixth hole during the third round of the Wyndham Championship. He was the youngest person to win the Masters in 1997. (Getty)

First in the spotlight when he became the youngest man and the first African American to win the U.S. Masters in 1997, Tiger Woods has managed to keep the attention of fans, endorsers, fellow pros and the media ever since.

Despite a major marriage infidelity scandal involving affairs with multiple women in 2009 followed by a divorce from his former wife Elin Nordegren and some injuries throughout his career, Woods has remaind on top of the golf world.

Another thing that certainly hasn’t suffered in Woods’ bank account. His estimated net worth is $700 million, according to Forbes.

Here’s what you need to know about where Woods gets and spends his money:

1. He Has Earned About $17.7 Million From Majors Alone 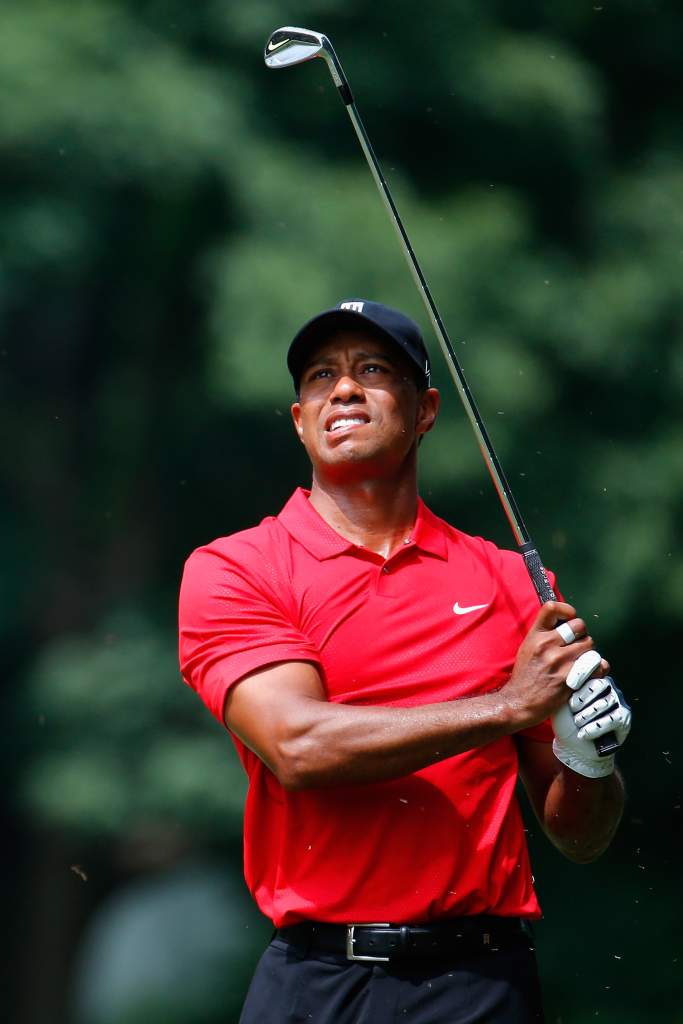 Tiger Woods during the final round of the Wyndham Championship. Despite some personal and professional rough patches, Woods is a household name. (Getty)

Woods may come in second for the most golf majors won with 14 under his belt, just behind Jack Nicklaus who has 18, but he’s first in prize earnings. Without including any off-course money, it is estimated he has won $17.7 million from majors alone throughout his career. That’s more than Nicklaus’ estimsted $2.9 million and Phil Mickelson’s estimated $7.1 million prize earnings, according to CNN Money.

Woods was also (almost) the first golfer to get a modern grand slam, which happens when a golfer wins the four major golf tournaments in a calendar year. No one has been able to dominate the Masters, US Open, British Open and P.G.A. Championship in a single year but Woods did come very close and set a new record in the process.

In 2000 and 2001 he won the four major golf tournaments back-to-back, just not in the same calendar year. But this feat was an accomplishment on its own and it is sometimes called a “Tiger Slam.” Woods told ABC News:

“To win four majors in succession it’s hard to believe, really, because there’s so many things that go into winning a major championship. For that matter, any tournament, but more so majors because you’ve got to have your game peak at the right time and on top of that, you’ve got to have some luck.”

The first golfer said to have completed a grand slam was Bobby Jones in 1930, but the four tournaments he won were different from the modern set, as the Masters only began in 1934, and included two amateur events.

Getting a grand slam is almost impossible so even winning every major tournament in an entire golf career is also a huge accomplishment. Woods along with Nicklaus, Gene Sarazen, Ben Hogan, and Gary Player have all accomplished a carer grand slam, which means they have won each major at least once.

2. The Couple’s Divorce Settlement Was $100 Million

After Woods cheated on Nordegren with dozens of women in one of the biggest scandals in the history of sports, Woods had to pay her $110 million. (Getty)

Woods and his wife, Elin Nordegren met in 2001 while she was a nanny for fellow golfer, Jasper Parnevik. They began dating in 2002 and got married in 2004. They had two children together, Charlie and Sam, before the news of Woods’ infidelity scandal broke in November of 2009.

Nordegren found texts and phone call logs in Woods’ phone to women, which tipped her off about an affair. They got into a physical fight with Nordegren scratching and punching Woods before smashing their Escalade with a golf club as he was trying to get away.

After a long investigation, 15 women revealing they had affairs with Woods, including his college-aged neighbor Raychel Coudriet, and sex addiction therapy, Nordegren and Woods divorced. Their settlement was about $100 million dollars and the two still live close to each other for the sake of their children. She told People in May 2014:

“I have moved on and I am in a good place. My relationship with Tiger is centered around our children and we are doing really good – we really are – and I am so happy that is the case. He is a great father.”

As of February 2015, Woods reportedly still owed Nordegren over half of the settlement money, about $54 million of the original $100 million, according to Fox Sports. Woods has until just after the new year in January of 2016 to pay this settlement to his ex.

3. He Designs Golf Courses Around The World & Owns a Restaurant in Florida 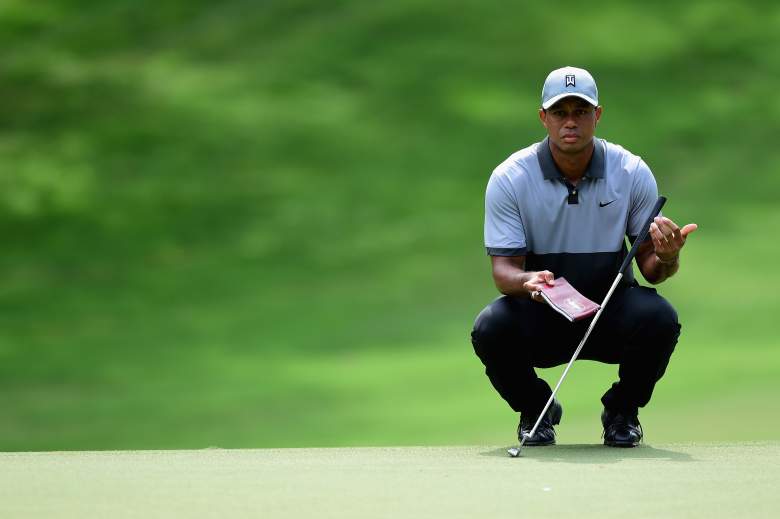 Tiger Woods lines up his putt on the fifth hole during the third round of the Wyndham Championship. He always has a strong fan base and a number of endorsements, including Nike who has always stuck by him.

Woods doesn’t just play on golf courses, he designs them. Tiger Woods Designs has created numerous courses including one in China, Mexico and Dubai. In the US he has a course in Texas, a practice facility in Florida, and one 1,200 acre site just south of Nashville, Tennessee is in the planning process and construction is expected to begin in the spring of 2016 after the town approves it. The plan for the golf course will also include construction of homes and a music venue nearby.

“Tiger designs the way he plays — with imagination, high expectations, total dedication and hard work,” according to his website.

But he isn’t stopping there, Woods also has a fairly popular restaurant, The Woods Jupiter, in Florida, which just opened in the summer and this on-the-water sports bar is already a hit. Woods says he takes his kids to eat at his restuarant and thinks it’s a nice family-oriented place the area needed, according to his website.

“This is something I have wanted to do for a long time. I was included in every step because that’s the way I do things. It’s been a lot of work, but clearly it’s been worth it…First, this is a lot more than a sports bar. You can get an outstanding meal in a family-friendly atmosphere, but also kick back and watch games. To me, that’s fun. I wanted to create something that’s different from what we have in the area, and we’ve done that.”

Woods adds that he is excited to see how the restaurant does throguhout the sports seasons and how patrons respond to the sports bar where waiters all where Nike sneakers. 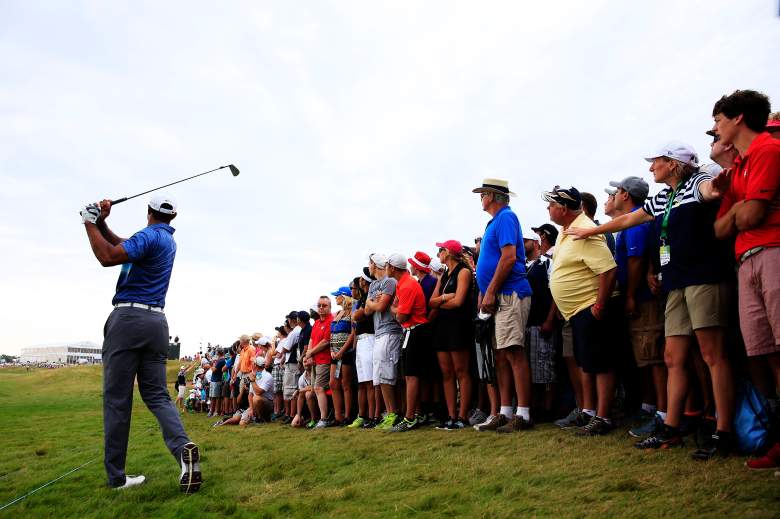 Tiger Woods plays a shot from the rough on the 16th hole during the first round of the 2015 PGA Championship. (Getty)

Woods is always seen sporting his Nike apparel on the course because the company has endorsed Woods for most of his career, standing by him through any injuries or scandals.

Nike pays his about $20 million a year for endorsing their brand. And they have good reasons for sticking by the golf star, it is estimated that Nike has made $711 million in their golf division because of Tiger Woods, according to Forbes.

Nike isn’t Woods’ only endorsement, he has worked with Accenture, Gatorade, Buick and Rolex.

It is estimated he has earned $5.5 million in endorsements altogether, according to Forbes.

5. He Founded The Tiger Woods Foundation to Improve Education For Low-Income Students

The Tiger Woods Foundation provides an interactive curriculum and scholarships in an effort to break the cycle of poverty by providing opportunities to students. From the Tiger Woods Learning Centers across the country to the Earl Woods Scholarship Program, Woods’ foundation is working to expose students to better educational opportunities.

The learning center teaches students about various areas of STEM including marine biology and DNA analysis, according to the website.

“We strive to provide our students the tools for success, in order to help them achieve their aspirations of higher education and a career. As a member of the learning center, students have access to college-preparation classes: Standardized testing assistance, academic support, financial aid and a speaker series.”

The Earl Woods Scholarship, in honor of Tiger’s father who was dedicated to children, is awarded to students each year and it guarantees a 100 percent graduation rate for the students who accept the scholarship.

The students are provided with a mentor as well given assistance in finding internships and invited to workshops. Some of the 2015 recipients are going to colleges including Georgetown University, Stanford University and University of South Carolina. 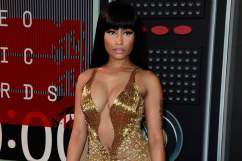