Practice footage emerged today of Tony Romo throwing a football, an uplifting sign for the 2-5 Cowboys. Romo injured his clavicle during Dallas’ Week 2 win over the Eagles, and the
Cowboys have lost five straight games since.

This video comes from David Helman, a DallasCowboys.com staff writer. He added his reactions to Romo:

Romo just uncorked on a 25-30 yard comeback route to Terrance in pass skel. He looks fine.

Just as a reminder, Romo can practice this week and next. He cannot play until Nov. 22 @ Miami. Sorry in advance for killing your vibe.

Romo didn’t need surgery, but isn’t rushing back onto the field. He was placed on injured reserve/designated to return list, and is scheduled to return November 22 against the Dolphins.

NFL reporter Rand Getlin initially tweeted that Romo would sit out this week, but apparently that is not the case.

For a team that was an incomplete pass away from the NFC Championship last season, the Cowboys have had a nightmare first half of 2015. Dez Bryant broke his foot in the opener, Romo went down the following week, and RB Joseph Randle has been released from the team. In the first two weeks of the season, Romo threw for 551 yards, three touchdowns and two interceptions.

Here’s another video to brighten your day. Romo hits Terrence Williams on the sidelines:

The Cowboys are home this week to face the Eagles.

Read more about Tony Romo in Spanish at AhoraMismo.com: 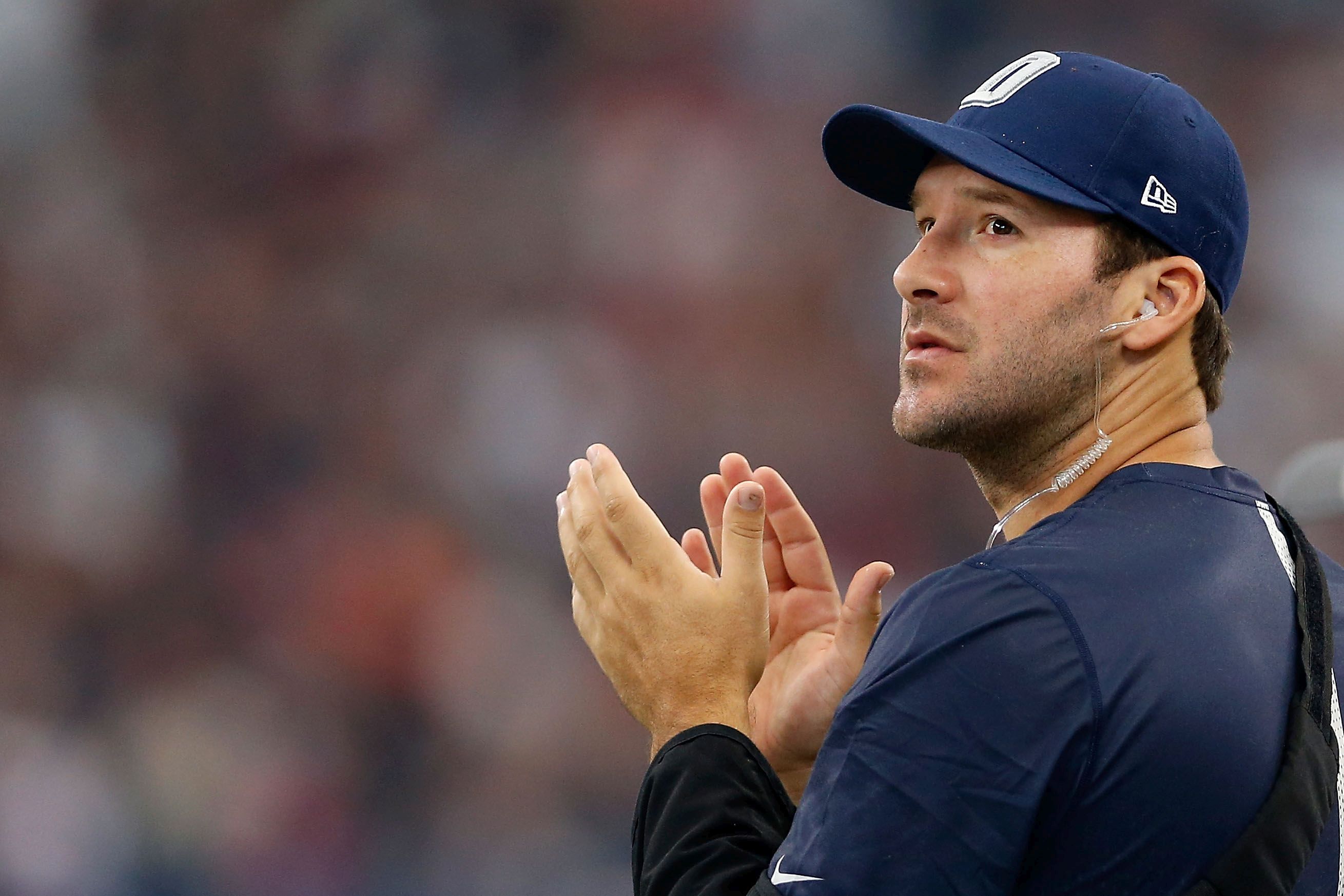 Read More
Dallas Cowboys, Football, NFL
Tony Romo is back on the (practice) field for the Cowboys this week.