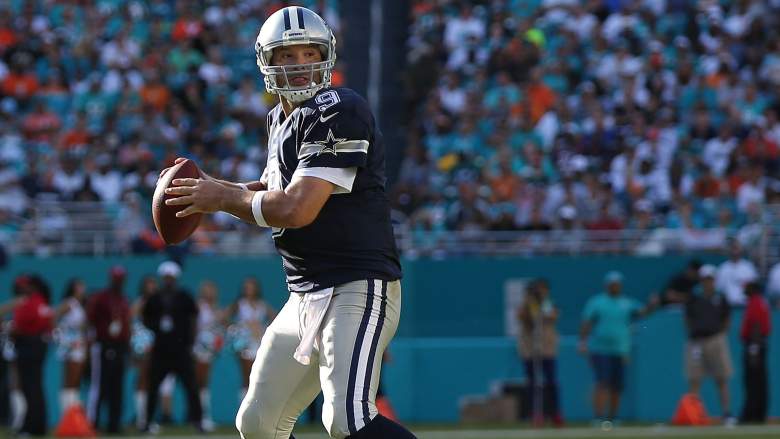 Tony Romo left the game on the final play of the third quarter after appearing to re-injure his collarbone. (Getty)

Tony Romo went down on the final play of the third quarter on Thursday night with what appeared to be a hit to his recently-healed collarbone. The Pro Bowl quarterback was down on the field for quite some time before being attended to by medical staff:

Romo had already thrown three interceptions on the night as the Cowboys trailed the undefeated Carolina Panthers during the Thanksgiving matchup. It didn’t look good though and Romo walked towards the sideline.

And that's why you sit Romo the rest of the year

The Cowboys quarterback was shown walking back towards the sideline at the start of the fourth quarter. He had led Dallas to a victory last week over the Miami Dolphins. Dallas confirmed that Romo was undergoing x-rays at the stadium on his left collarbone and would be out for the rest of the game.

Matt Cassel entered the game in the fourth quarter for Romo.