CONGRATS TO THE ROYALS ON WINNING THE 2015 WORLD SERIES ⚾? https://t.co/uDezOMNhaG

For the first time in 30 years, the Kansas City Royals are World Series champions.

As was the theme for the entire series, the Royals provided some late-inning heroics. Down 2-0 in the top of the ninth, Eric Hosmer delivered an RBI double and later scored on a wild throw from Lucas Duda to tie things up.

In the 12th inning, little-used Christian Colon came through with the go-ahead RBI single, and the Royals proceeded to tack on four more runs and take a 7-2 lead.

The bottom of the 12th was nothing more than a formality at that point, as Wade Davis calmly finished things off and struck out Wilmer Flores to clinch Kansas City’s first world title since 1985.

You can watch the final out above, and here’s a look from Citi Field:

It’s been unbelievable ride for the Royals, who were so close to this moment a year ago, and they deserve to celebrate long into the morning. They’ve earned it. 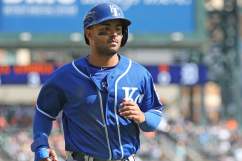 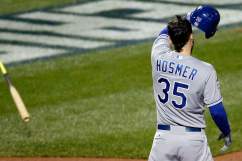 WATCH: Eric Hosmer Scores on Grounder to Tie Game 5 in the 9th