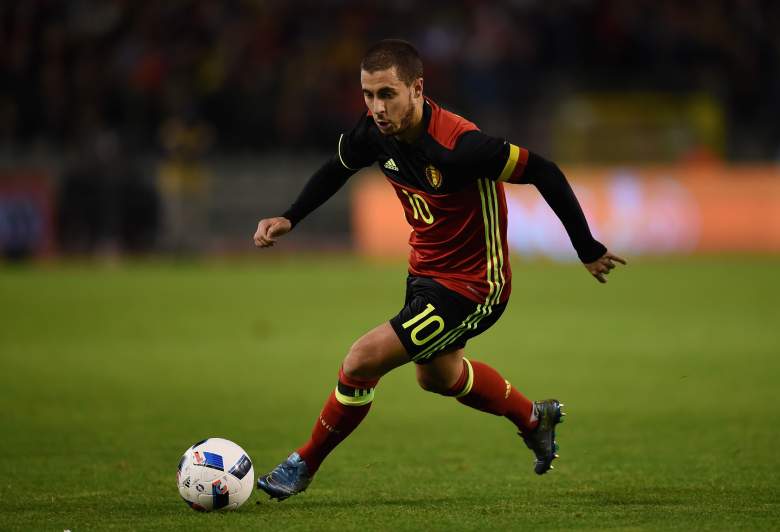 Eden Hazard and Belgium are the number one team in the world and favorites for 2016 Euro. (Getty)

After the 2014 World Cup saw the third straight world champion come from Europe, Germany, the Germans look to follow Spain with the world/continental double that the Spainards accomplished in 2010 and 2012. Although Germany’s good fortunes in Brazil make them the favorites in France for the tournament that begins on June 10, 2016, Belgium is the world’s top ranked team and Eden Hazard, Kevin de Bryune, and Vincent Kompany bring their English Premier League pedigree to Marc Wilmot’s side.

After group stages, 20 teams qualified for the 2016 Euro competition, with four more teams earning their trip to France through the playoff round. The group draw for the 2016 European Championships will be held on December 12, 2015.

Here are the teams that have qualified for the 2016 European Championships in France: