The 81st Heisman Trophy will be awarded Saturday night in New York City. There is a small list of finalists this year with Derrick Henry, Christian McCaffrey and DeShaun Watson.

Derrick Henry has been the workhorse running back for Alabama. Henry finished the regular season with 1,986 yards and 23 touchdowns as the Crimson Tide won the SEC championship and advanced to the College Football Playoff for the second straight season.

Christian McCaffrey is one of the most dynamic playmakers in the country. Not only is he a traditional running back, he returns kickoffs and is an integral part of the Stanford passing game. He broke Barry Sanders’ NCAA record for all-purpose yards in one season.

DeShaun Watson led Clemson to the only undefeated record of all teams in power five conferences. Watson passed for 3,512 yards, 30 touchdowns and 11 interceptions. Watson is a big reason Clemson is the number one seed in the College Football Playoff.

Here are all the details on the Heisman Trophy award ceremony: 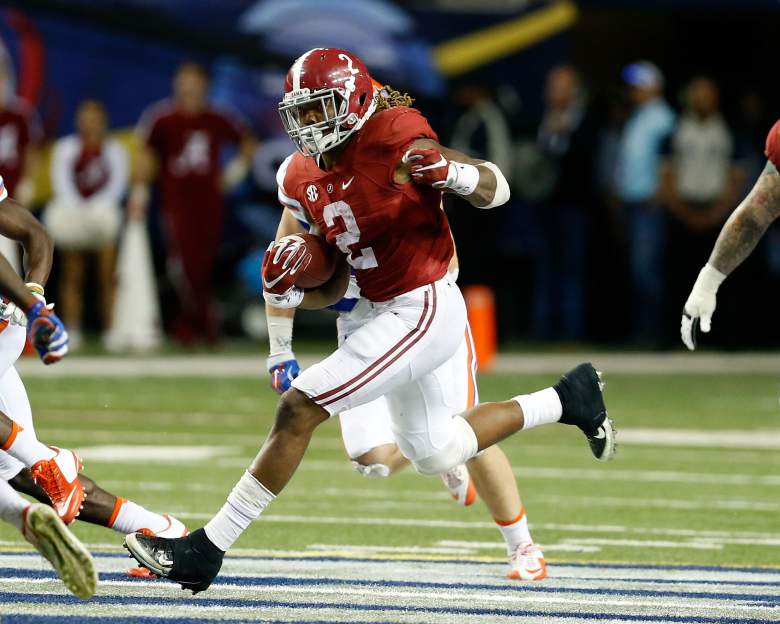 Derrick Henry is the favorite to win the Heisman Trophy. (Getty)

McCaffrey has gained a lot of late buzz after his performance in the Pac-12 championship game. However, Henry had too much momentum heading into the SEC title game and will hear his name called Saturday evening in New York City. His 189 yards and one touchdown performance in Atlanta was enough to seal the award.