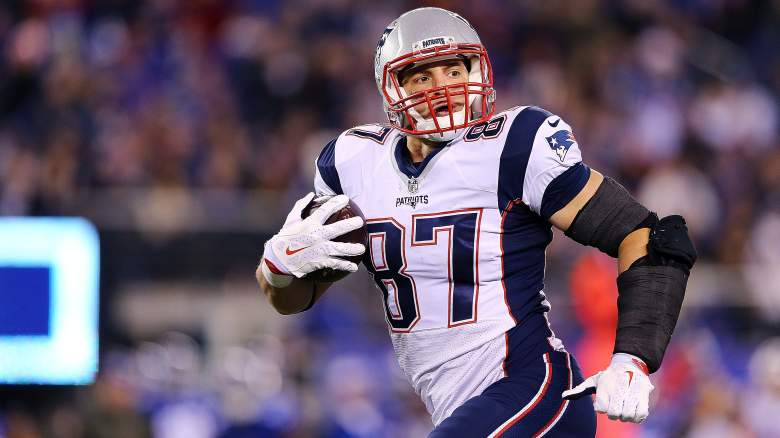 Rob Gronkowski and the New England Patriots look to keep rolling towards the postseason on Sunday. (Getty)

They will tell you that there isn’t a lot of emotion to this game. It’s just another matchup. Just another Sunday.

The New York Jets and New England Patriots don’t particularly like each other and this weekend the two face off in a game that is chock full of playoff possibilities. This is going to be a close one and that’s why the reigning Super Bowl champs come into the road matchup as just 2.5-point favorites according to sportsbooks monitored by OddsShark.

Of course, history is on the side of the Patriots in this one.

New England has won eight of its last nine games against the Jets, but, more often than not, the Patriots have come out on the losing ed of the ATS game. In fact, in their last five games against each other, New York is 4-0-1 ATS with four of those games decided by three points or less.

So, this is going to be a close one.

Fortunately for Gang Green, they’ve just gotten over another close one. New York took down the Dallas Cowboys (and officially eliminated them from playoff contention last Saturday) with a 19-16 victory on the road. Ryan Fitzpatrick continued to be strong through the air and the Jets come into Week 16 averaging just over 256 passing yards a game.

Over the past week, New York has been the team to bet in this one, particularly with the Jets strong play at home. The squad is 7-3 ATS in their last 10 at MetLife and are a perfect 5-0 ATS in their last five home games in December.

Even so, the Patriots have been consistent when it comes to betting trends. New England is 15-2 SU in its last 17 games and 8-1 SU in its last nine games on the road.