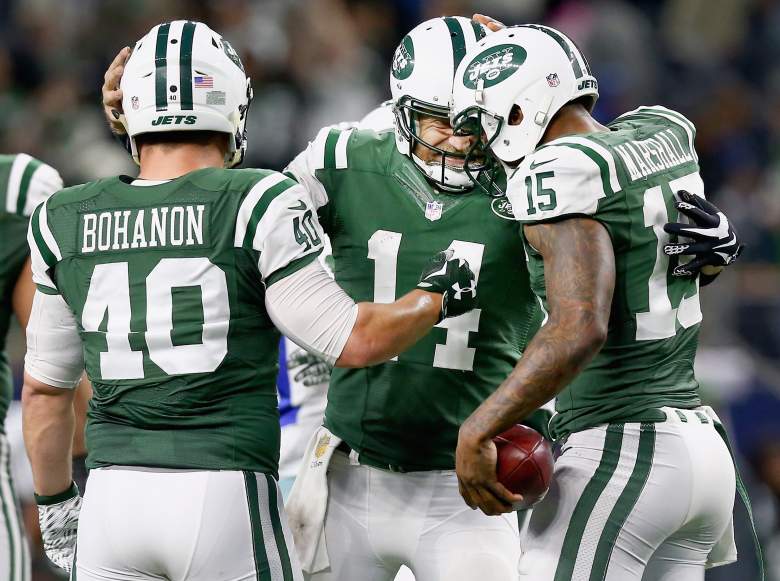 The New York Jets have won four straight, but need to keep winning to stay in the AFC playoff race. (Getty)

The New York Jets and New England Patriots don’t like each other very much.

In fact, it seem fairly safe to say that they dislike each other quite a bit. There’s no love lost between these two AFC East rivals, so it seems only natural that they’ll face off against each other in a Week 16 matchup that has more than just a few playoff implications tied to it.

The Jets need a victory to stay in the playoff hunt, desperate for any kind of edge in the competitive and jam-packed AFC Wild Card race. On the flip side, the Patriots are looking to lock up the No. 1 seed and secure home field advantage throughout the playoffs as they chase yet another Super Bowl title.

There are just a few things riding on this game. You’re not going to want to miss a moment. Kickoff for the rivalry matchup is slated for 1 p.m. and is being broadcast locally on CBS. Here’s everything you need to know:

TV Channel: The game is being locally broadcast on CBS with Ian Eagle and Dan Fouts on the call. Click here to check and see if you fall within the coverage zone.

Game Preview: The New England Patriots are a good football team. One of the best in the league.

That two-game losing streak earlier this season proved that there were some holes in the Patriots seemingly impenetrable armor and while New England has gotten back on track recently, the injury bug is still a problem.

Wide receiver Danny Amendola and linebacker Dont’a Hightower will miss Sunday’s matchup against the Jets and recently-signed Steven Jackson is expected to make his debut in the backfield.

That leaves a good amount of pressure on Tom Brady and his arm. In the first meeting between the two teams this season Brady threw the ball on 57 of 66 plays. That’s an almost absurd number. In the fourth quarter of that Week 7 victory Brady was 14-for-17 for 150 yards and two touchdowns.

New York is riding a four-game win streak heading into this matchup, but now isn’t the time to rest on laurels. Now is the time to hit.