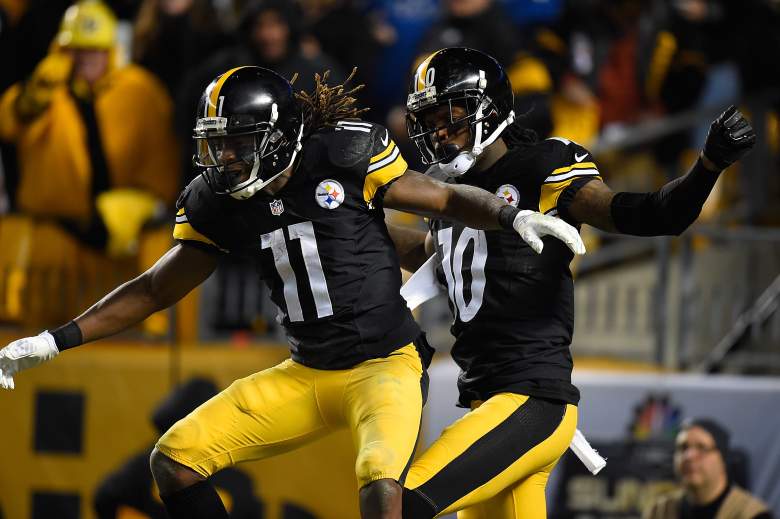 The Pittsburgh Steelers are primed for a postseason run thanks, in large part, to their high-powered offense. (Getty)

This is just another game.

At least that’s what the Pittsburgh Steelers are saying.

Despite putting themselves in a position to lock up a playoff spot with a victory over the Baltimore Ravens this Sunday, the Steelers are only focused on the present. There are no postseason plans, no speculation and certainly no discussing what other teams are doing. At least not yet.

“By all means have it, discuss (the scenarios),” Tomlin said Tuesday. “But nothing changes our mentality in terms of where we are and what we need to be focused on.”

Kickoff for the AFC North matchup is slated for 1 p.m. ET. Here’s everything you need to know about the Week 16 game:

TV Channel: The game will be broadcast locally on CBS with Greg Gumbel and Trent Green on the call. Click here to check and see if you’re in the coverage zone.

In Week 4, a Joe Flacco-led Baltimore Ravens defeated a Ben Roethlisberger-less Pittsburgh Steelers to an overtime victory. That week, Steve Smith Sr. was still playing, Justin Forsett was still dominating out of the backfield and things have changed a lot since then.

Since then, Flacco, Forsett and Smith have all suffered season-ending injuries. Roethlisberger is back under center and the Steelers are averaging 32.2 points since that OT loss.

“On offense, there have been some changes (for the Ravens),” said Steelers coach Mike Tomlin. “There are some guys we need to get familiar with, but at the same time, not a lot has changed in terms of the schematics. They have some grizzly, battle-tested coaches on the offensive side … I don’t imagine that they will blink in the face of adversity that they have faced to this point.”

But while the Steelers have been to quick to point out the challenges in Sunday afternoon’s matchup, there can be no doubt that Pittsburgh has the edge; even on the road.

Roethlisberger and Antonio Brown are a force to be reckoned with on offense, but it’s the defense that might be the problem. In the last three weeks, the Steelers have given up 27 points to the Broncos, 35 to the Raiders and 39 to the Seahawks. If Pittsburgh can’t find a way to lock in on defense, starting with this matchup against Baltimore, things are going to get a lot more difficult heading into the postseason.