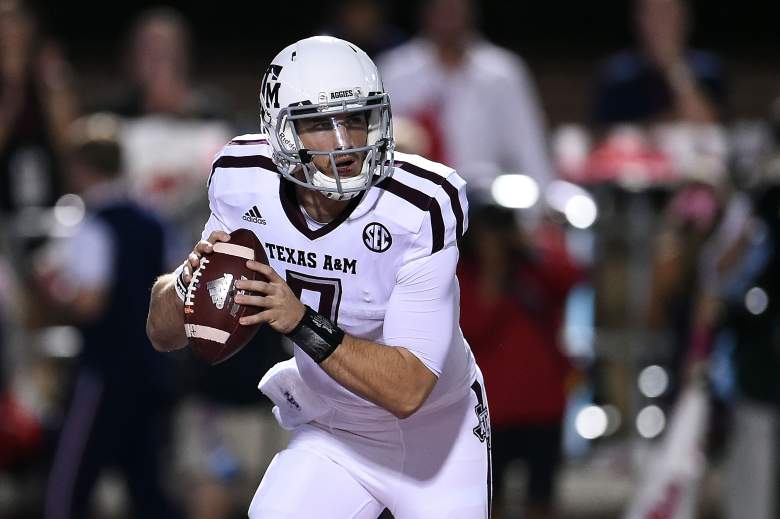 Jake Hubenak will get his first-ever start for Texas A&M during the Music City Bowl on Wednesday night. (Getty)

So, there have been some quarterback issues at Texas A&M this month.

That might, actually, be an understatement. Like the biggest understatement of the entire college football season. First, it was Kyle Allen, who went 9-5 as a starter over the past two years, and announced on December 10 that he was transferring. Then, six days later, freshman Kyler Murray, who started two games in the regular season and was expected to start in tonight’s Music City Bowl, missed practice. He announced he was leaving the Aggies program the next day.

Now, the Texas A&M offense is in the hands of junior college transfer Jake Hubenak. The former Oklahoma State walk-on will get his first start on the national stage against Louisville. No pressure or anything.

Hubenak played a few moments during five different games during the regular season, but the third-stringer is undeniably confident and ready for his moment. After all, he’s used to winning.

In high school Hubenak was 19-1 as a starter at Georgetown, with his only loss coming in the Texas Class 4A Division I state championship game in 2012. During his senior season he threw for 4,108 yards and 48 touchdowns. Despite the stats Hubenak didn’t sign with a school out of high school and after a walk-on season at Oklahoma State he transferred to Blinn College in Brenham, Texas. Sound familiar? That’s the same school Cam Newton led to a national JUCO title in 2009.

It was a moment Hubenak had been waiting for his entire life and now that his chance has, finally, arrived, he’s not going to waste it. It also helps that he has some serious support from his teammates. Center Mike Matthews told the Tennesean:

It will be an adjustment as it is when any new quarterback takes over an offense, but Jake is [a] great quarterback. From Week 1, when he was the third-string quarterback, he was always slinging the ball. He’s got a great arm and I’ve said it all along, ‘That guy’s talented. He’s a hard-working guy and the team likes him a lot. It’s kind of hard not to get along with him and it’s easy to follow his lead.

The Aggies are having their worst offensive season since head coach Kevin Sumlin took over the program in 2012. Texas A&M comes into the Music City Bowl ranked 48th nationally in total yards (423), 40th in passing (251.3) and 68th in scoring (28.3 ppg). But Hubenak could help take some of the sting out of a season that was filled with disappointment.

This kid has an arm, and the confidence, to make things happen down the field. Welcome to the spotlight, Hubenak.

The Music City Bowl kicks off at 7 p.m. ET and will be broadcast nationally on ESPN.