Newton with his mom, Jackie. (Instagram/cameron1newton)

And above all that, family man.

The Carolina Panthers star QB, who has NFL bloodlines, recently welcomed a new member–and potentially No. 1 recruit in the 2033 class–into his clan. Here’s everything you need to know about his family:

1. He Has a Newborn Son named Chosen with Girlfriend Kia Proctor

They made news with their unusual choice for a name: Chosen Sebastian. Newton explained his reasoning:

Every person that I’ve had this conversation with I say, ‘I didn’t want him to have the pressure of being the Junior.” Then they replied with, ‘What the hell do you think Chosen is going to bring?’

It’s something that I think he grows up and appreciates rather than . . . have a couple of names in his class of the same name as him when they’re doing morning roll call and they say his name.

2. He Has Already Made Several On-Field Tributes to His Son

Three days after Chosen was born, Newton found the end zone in the first quarter against the Atlanta Falcons. Known for his Superman and Dab celebrations, he broke out something new in honor of his newborn son: a “Rock the Baby” celebration. You can see it above.

Newton wasn’t done there. For the Panthers’ divisional-round matchup against the Seattle Seahawks, he wore custom cleats that donned his son’s name, as well as a shirt that depicted he and his son dabbing together.

According to Under Armour, the shirt was custom made and not for sale.

3. His Dad Was at the Center of Cam’s Recruiting Scandal 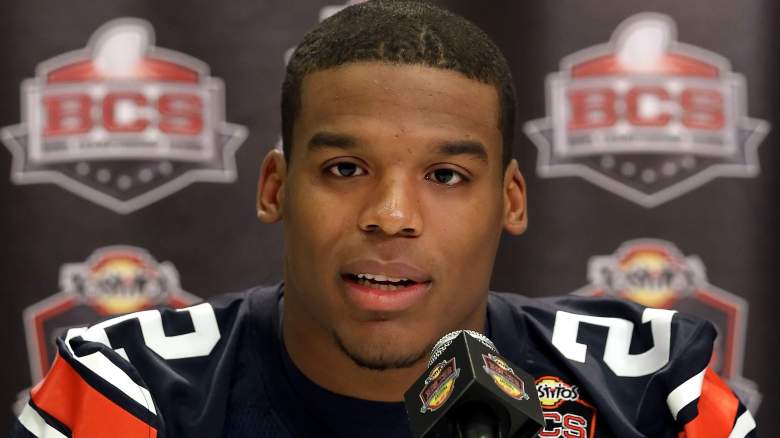 In 2010, as Cam was on his way to winning the Heisman, he became entangled in controversy when it was alleged that his father, Cecil Newton Sr., has sought upwards of $180,000 in exchange for Cam to transfer from Blinn Junior College to Mississippi State the previous year.

Newton was originally ruled ineligible by Auburn on November 30, just four days before the SEC Championship, but he was reinstated by the NCAA a day later when it was concluded that he had no knowledge of his father’s actions.

The NCAA’s 13-month investigation into Auburn’s recruitment of Newton ultimately found no wrongdoing by the school, while Cam has since said his father “took to brunt of the blow for me to play.”

4. His Younger Brother Is a Star High-School QB

Caylin Newton is doing a pretty good job of escaping Cam’s massive shadow. A junior at Grady High School in Atlanta, Georgia, the young dual-threat quarterback grabbed the national spotlight with a number of highlight-reel plays and led his team to an 8-5 record.

As his coach, Earthwind Moreland, explained, Caylin’s trying to be more than just “Cam’s younger brother”:

I think that’s why he works so hard, he’s trying to get out of the shadow of his brother. It’s going to be tough, especially the way his brother is playing right now. But that’s why he’s trying to just carve his own little niche in the football game. That’s why I think he works so hard. So he can just do his thing so everybody will know him as just Caylin Newton, and not Cam’s brother.

The recruiting offers haven’t started rolling in for the youngest Newton, who is listed at just 5-foot-11 and 180 pounds, but he still has plenty of time to change that.

5. His Older Brother Played Sparingly in the NFL 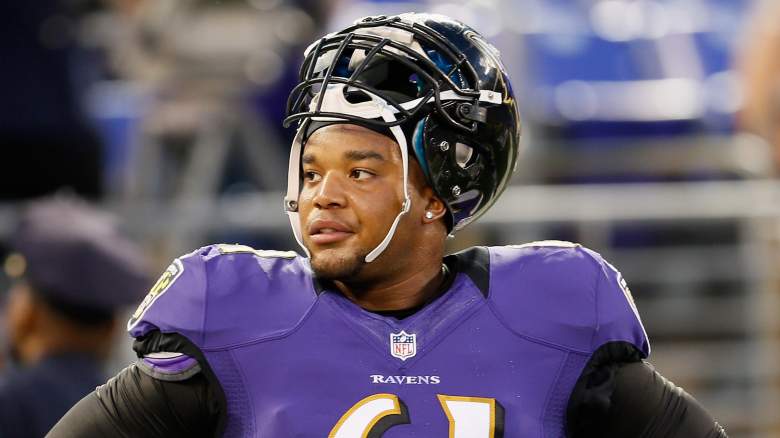 Cecil Newton Jr. during a preseason game in 2012. (Getty)

After playing college football as a center a Tennessee State, Cecil Newton Jr., 29, went undrafted in 2009. He was signed by the Jacksonville Jaguars and ultimately spent time with the New Orleans Saints, Green Bay Packers and Baltimore Ravens, but he never appeared in a regular-season game.

Along with Cam and father Cecil Sr., who spent some time with the Dallas Cowboys and Buffalo Bills as a safety, there have been three Newtons in the NFL.