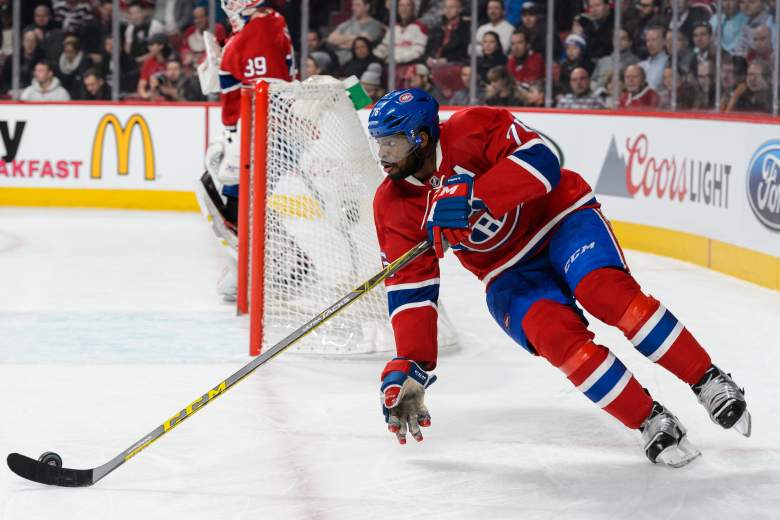 PK Subban and the Montreal Canadiens are looking for a much-needed victory to start 2016. (Getty)

The Boston Bruins and Montreal Canadiens take their rivalry outside in the latest incarnation of the Winter Classic at Gillette Stadium. In a matchup that has had so many fantastic rivalry moments, it’s difficult to assume that this one will be even better, but we certainly have gotten our 2016 hopes up for it.

The divisional tilt gets underway at 1 p.m. ET. Here’s everything you need to know about the game:

TV Channel: The game is being nationally broadcast on NBC.

So, while the divisional foes see each other on the ice fairly often, it’s still difficult not to get at least a little bit hyped for the Winter Classic on New Year’s Day.

No team in the league started out better than the Canadiens. Montreal won its firs tnien games of the season and jumped out to a 17-4-2 record before goaltender Carey Price was sidelined with a leg injury. Before losing Price, the Habs were averaging 3.6 goals per game. That number has been cut in half over the last 10 contests. Meanwhile, the goaltending has been even worse. Since the Price injury, the Canadiens are posting a below-average .886 save percentage.

That’s not the best; particularly against a resurgent Boston front line.

The Bruins will be without center David Krejci, which is a blow to his linemantes Matt Beleskey and Louis Eriksson. But it also means that the other scoring line – Brett Connolly, Patrice Bergeron, and Brad Marchand – will have to step up their game. The trio haven’t been bad, but right now they need to be even better.

Our pre-game hype seems to be fairly warranted.