The Koetter family is set to face this next athletic challenge together in Tampa. (Instagram)

The spotlight is getting brighter for Dirk Koetter, who is now in his second season as head coach of the Tampa Bay Buccaneers.

Koetter and his Bucs will be the stars of the latest season of HBO’s series Hard Knocks, with the premiere airing Tuesday night. It’s not entirely new territory for Koetter, who was running the offense of the Atlanta Falcons when the show took over their training camp in 2014.

Koetter is in his first big-time coaching gig, but previously spent five seasons as the head coach at Arizona State. But while Koetter is facing increasing pressure in Tampa, he isn’t doing it alone.

The Idaho native has a team of his own away from the gridiron; his family. Get to know the Koetter clan right here and learn about their lives on and off the field:

Dirk and Kim Koetter have been married for nearly 30 years and, now, they’ll take on head coaching in the NFL together.

The pair have gone through just about every level of Dirk’s coaching career together. Since they tied the knot in 1988, Dirk has coached at Texas-El Paso, Missouri, Boston College Oregon and Boise State before he earned his first head coaching opportunity at Arizona State.

Kim also has some athletic experience of her own. She first met Dirk while she was a volleyball player at Idaho State and he was coaching football at Highland High, his alma mater. The two were introduced by Idaho State’s former linebacker coach Marvin Lewis. Lewis’ daughter was the flower girl at the couple’s wedding.

2. He Has Four Children With Kim 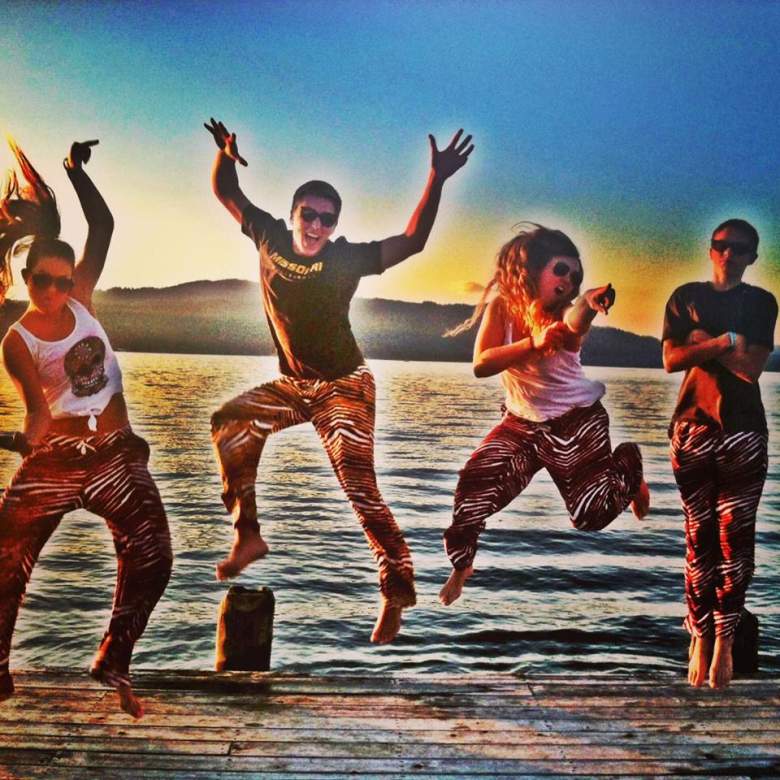 The Koetter children are nothing but supportive of their father’s career through the years. (Facebook)

The Koetter family has criss-crossed the country together since Dirk and Kim tied the knot in 1988. Together they have four children together, two boys and two girls. The oldest three are currently living away from home, and their youngest, Davis, is an incoming freshman quarterback at Portland State University.

Koetter told the Tampa Bay Tribune that his children had grown accustomed to the frequent moves and regularly expected that news whenever he called a family meeting. He added:

I’d call a family meeting and inevitably, the first question my kids would ask me was: ‘Are we moving?’ That’s all they wanted to know. We moved around a lot and for my two oldest kids, I missed a lot of stuff.

3. Koetter Grew Up in Idaho, the Son of a Football Coach

Koetter grew up in Idaho and has always been inspired by his family. (Instagram)

Koetter has spent most of his life around football, growing up Pocatello, Idaho, the son of a high school football coach. Jim Koetter was an inspiration to his son and Dirk was a standout on the field early on.

“I knew I wanted to be like him,” Koetter said of his father.

He played for his home town team, Highland High School, and eventually played collegiately at Idaho State leading his squad to a Division I-AA national championship. AFter earning his bachelor’s in physical education and a master’s in athletic administration, Koetter returned to Highland and coached his alma mater from 1983-84, en route to a 1984 state championship.

Koetter’s parents, including his mother Barbara, still live in Pocatello and regularly watch their son’s games on satellite television. 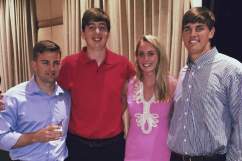 4. Kaylee Koetter Is An Assistant Volleyball Coach at University of Illinois at Chicago

Kaylee Koetter was a standout volleyball player and has now turned to coaching as well. (Facebook)

Koetter’s daughter, Kaylee, is keeping the family’s coaching tradition alive and is preparing for her first season as an assistant volleyball coach for the University of Illinois at Chicago.

It follows a two-year stint as an assistant coach for the Tampa women’s volleyball team. She had previously played setter for the Spartans for three seasons before her career was cut short as a senior due to injury.

While playing for Tampa, Kaylee was named to the  to the SSC Commissioner’s Honor Roll and was also a volleyball club coach, most recently with the A5 program in Atlanta, Georgia.

Kaylee graduated from Tampa with a Bachelor of Science in marketing. Her younger sister, Kendra, started volleyball at Georgia Southern but has since transferred to UNC.

5. Derek Koetter Is a Assistant Athletic Communications Director for the University of Tampa

The third Koetter child, Derek is finished his undergrad at Missouri while working as a student assistant for the Tigers’ women’s volleyball team. According to his Linkedin profile, Derek spent the past four seasons working with the squad as a peer career coach.

Derek graduated Bachelors degree in Parks, Recreation and Tourism as well as a minor in Business. After graduating, he joined his dad’s organization, working for the Bucs as a social media intern. He joined the UT staff in January, where he “works to implement social media strategy and create written and multimedia content.”