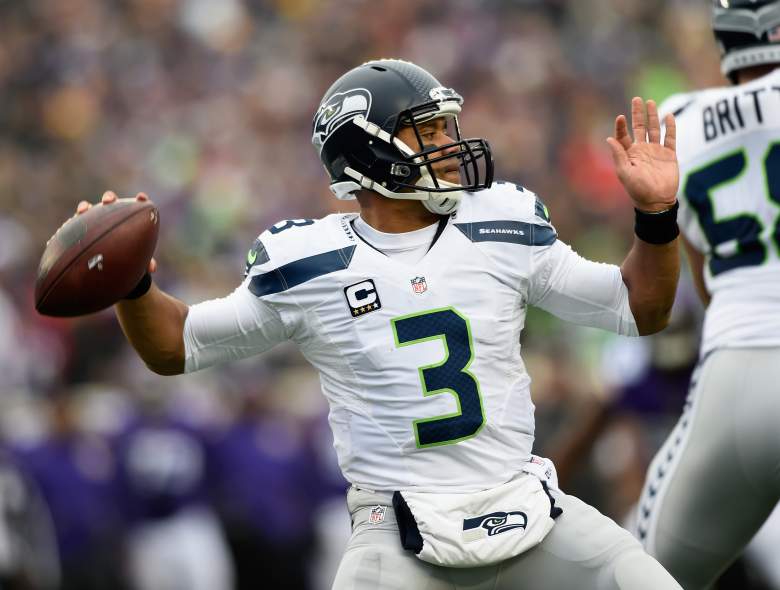 Russell Wilson gets back on the field one more time this season at Sunday’s Pro Bowl. (Getty)

It might not be the all-star game we always hope for when it comes to the NFL, but the Pro Bowl is an annual tradition and, if we’re being honest, one we still kind of look to.

It is, after all, football (at least in the most basic sense) and any excuse to watch football is good enough for us.

Plus, this year’s Pro Bowl boasts a good amount of talent, ranging from the offensive weapons like Odell Beckham Jr. to the shutdown defenders like Richard Sherman. Plus, the whole pre-game draft, which allows players from the AFC and NFC to play on the same team, makes for pretty good TV.

Here’s everything you need to know about this year’s Pro Bowl, including how to live stream the game:

The New York Giants quarterback was selected to replace Ben Roethlisberger at this year’s Pro Bowl and as soon as he knew he was heading to the island, he made sure he made one very important phone call; to Odell Beckham Jr.

“I told Odell, I said ‘Odell hey, I know you’re captain, don’t feel any pressure to draft me,'” Manning told CBS Sports during a conference call earlier this week. “‘But if you don’t draft me, don’t expect to catch any balls next year. No pressure at all.’ I left it at that, and I think he’ll make an educated decision at the draft.”

Beckham came through. The two Big Blue standouts will team up once more before heading off into the offseason together and fans can expect a few highlight-worthy hookups between the pair.

After all, that’s what they did throughout the season. Beckham hauled in 96 catches this season, racking up 1,450 yards and finding the end zone 13 different times.

But while Manning was Beckham’s first drafting focus, the Giants wideout also had several other big-name players he made sure to get on his squad as well. Beckham will be joined on the field by his best friend and former LSU teammate Jarvis Landry. It’s a match made in Pro Bowl heaven.