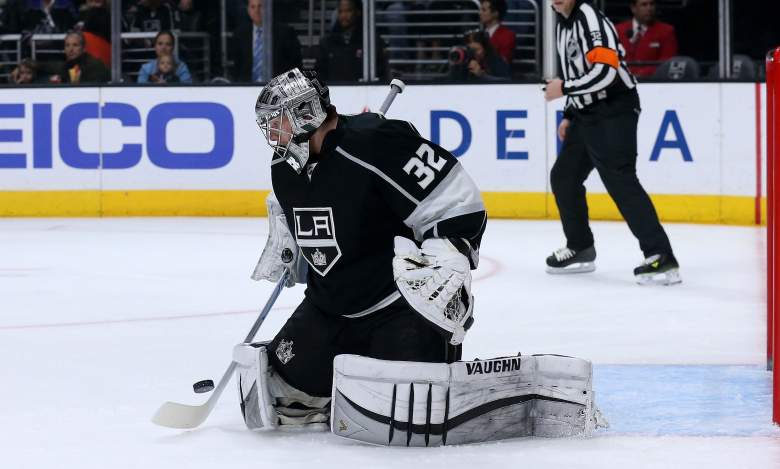 Jonathan Quick will take on one of the more challenging All-Star tasks in sports this weekend. (Getty)

Are you all ready for some incredibly fast-paced hockey?

Well, lucky for you, we’ve got some incredibly fast paced hockey on tap for Sunday evening. The 2016 NHL All-Star game underwent a bit of a makeover this year and that means it’s time for some 3-on-3 tournament action.

It also means that the betting just got very, very interesting.

We’ve got three games on the schedule for Sunday, starting at 5 p.m. ET. Here’s how the semifinals break down. The order of the semis will be decided depending on what conferences win the skills competition on Saturday night:

According to OddsShark, the Metro Division is a -128 favorite, while the Atlantic heads in as +116. Meanwhile, the Central Division is listed as a -134 favorite, with the Pacific Division coming in at +121.

The 3-on-3 format offers a some serious scoring opportunities for every player on the ice and the totals for this event absolutely reflect that. OddsShark has each contest being offered at an almost ridiculous 14.5 with the OVER at -113 in the Metro-Atlantic semi and -107 in the Pacific-Central tilt.

So, who has the edge in each semifinal? We’ve got predictions. We here at Heavy will take the Metropolitan, even without Alexander Ovechkin on the ice, over the Atlantic. Then, to follow the favorite trend, we’ll take the Central over the Pacific. We basically expect Patrick Kane to score at least three goals by himself.

The NHL All-Star Game gets underway at 5 p.m. ET and will be broadcast on NBCSN.