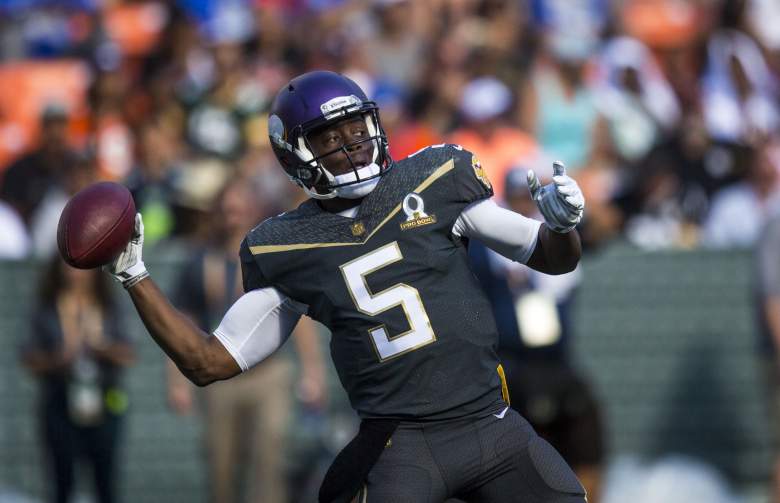 Quarterbacks Eli Manning and Russell Wilson, the top picks for Team Rice and Team Irvin, respectively, both looked fairly sharp on their opening drives. Manning finished 6-of-9 for 75 yards, one touchdown and an interception, while Wilson was 8-of-12 for 164 yards and three touchdowns. Wilson ended up winning the game’s MVP award.

Derek Carr and Tyrod Taylor came on to relive Manning for Team Rice, while Teddy Bridgewater and Jameis Winston were under center in relief for Team Irvin.

The Jaguars’ Allen Robinson had 100 receiving yards for the victorious Team Irvin, while Travis Kelce, who caught a touchdown grab from Eli Manning on Team Rice’s opening drive, finished with 91 yards and two receiving touchdowns.

The game, as was the NFL this season, was not very reliant on the running game. Latavius Murray led the way for Team Irvin on the ground with 9 rushes for 42 yards, while Doug Martin recorded seven carries for 20 yards to lead Team Rice.

A number of players had previously dropped out of the 2016 Pro Bowl due to injury, participation in the Super Bowl or other personal reasons. The NFL has made a deep dive into its roster of alternates for this year’s Pro Bowl draft.