When Peyton Manning was drafted No. 1 overall by the Indianapolis Colts in 1998, Cam Newton was eight years old.

Now, nearly 18 years later, they’re ready to square off against each other in Super Bowl 50, representing the largest age gap between starting quarterbacks in the game’s history.

Interestingly enough, only four times have there been at least 10 years between the Big Game’s starting QB’s. Three of those occurrences have happened in the last three years: 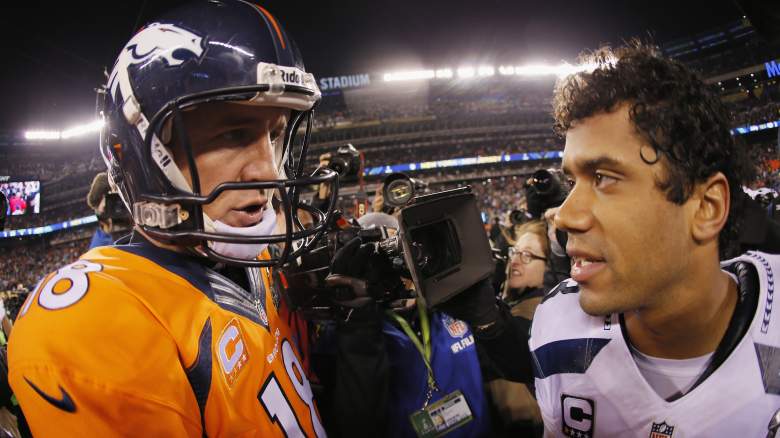 Quarterbacks aren’t on the field together until the final handshake, but they will forever be compared to each other, especially in games as important as the Super Bowl. And the contrast between Manning and Newton, a pair of former No. 1 picks out of the SEC, is endlessly compelling.

For Manning, who is in the final stages of his career, this game is a chance to walk off into the sunset, a la his general manager, John Elway. For Newton, who is a shoo-in for MVP but still has a seemingly large number of critics, it’s a chance to firmly supplant himself in the upper-echelon of the league’s quarterbacks.

Peyton Manning said if he had an MVP vote, it would have gone to Cam Newton.

One is the all-time leader in passing yards and passing touchdowns, the prototypical pocket gunslinger. The other is 6-foot-5, 245 pounds and full of jaw-dropping athleticism, capable of beating teams with his arm or legs. One is old-school. One is new-age.

Many other factors will go into ultimately determining the winner of Super Bowl 50, but none are quite as tantalizing as the two men under center.