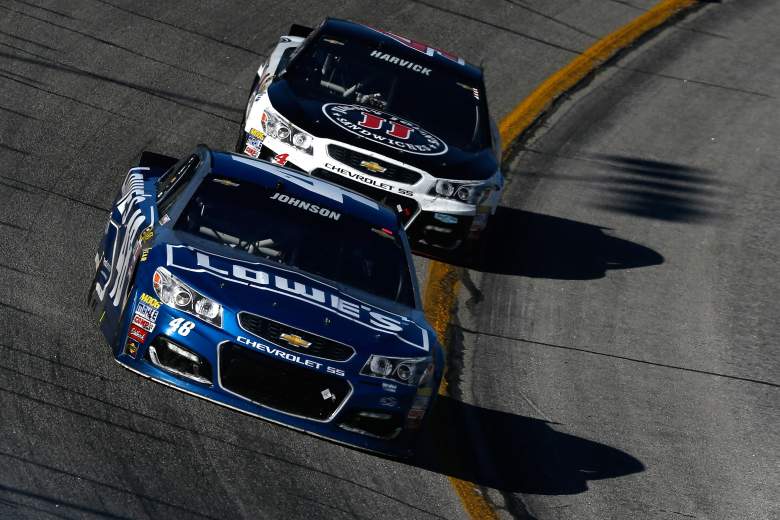 Jimmie Johnson had a great afternoon in Atlanta. (Getty)

Kevin Harvick led the most laps in Atlanta with 131, but it was Jimmie Johnson’s day as Johnson won the QuikTrip 500.

Johnson dominated the final portion of the race. He had over a five second lead on Kevin Harvick before a spinout by Ryan Newman caused a caution.

The win tied Johnson with the late Dale Earnhardt for seventh in total wins. He honored Earnhardt after the race with a victory lap with three fingers held out of the window.

Here’s how things unfolded in Atlanta:

Shortly after the race was restarted, there was a wreck involving four cars. It ended up being the final lap and Johnson won the race he had dominated during the final portion of the afternoon.

There Was a Caution Flag With 3 Laps Left

Ryan Newman’s car got loose and spun out with three laps remaining in the race. It caused a yellow flag which was bad news for Jimmie Johnson. Johnson had over a five second lead on Kevin Harvick prior to the caution. The caution caused the leading cars to all make pit stops.

.@MattKenseth was just penalized for improper fueling and for not heeding the black flag. Currently 2 laps down p31 pic.twitter.com/h3wiDjLynP

Kurt Busch Stayed in Front Early in the Race

Busch started the race on the pole and stayed up front for the first 50 laps of the QuikTrip 500. It was smooth sailing early on in Atlanta with no caution flags.

Here’s a look at the starting lineup courtesy of Yahoo Sports: 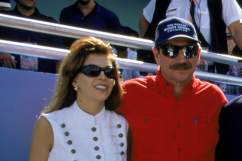 Read More
NASCAR
We have all the details on the NASCAR race in Atlanta. Find out who took the checkered flag and see the highlights from the QuikTrip 500.