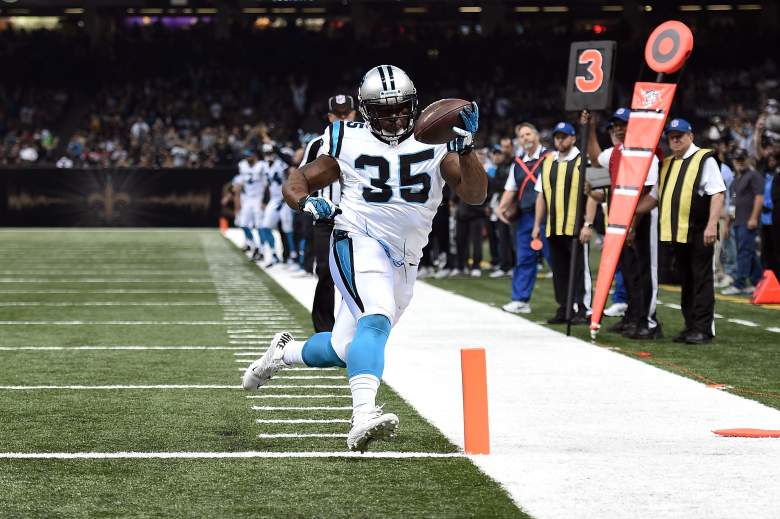 Mike Tolbert has fumbled the ball twice in the first half, his second ended up in the hands of the Denver Broncos’ defense. (Getty)

After almost forcing a fumble from Cam Newton on the play before, the Broncos front line poked the ball out from running back Mike Tolbert’s hands for the second turnover of the day. Check it out:

It hasn’t been a particularly good Super Bowl for Tolbert. The back hadn’t fumbled the ball in years. He’s lost control twice on Sunday and while he was able to recover one, the Broncos came up with the second.

Mike Tolbert has fumbled twice today. It's his 2nd career game with 2 fumbles, first since Week 16 of 2010 against Bengals

Carolina’s three fumbles in the first half are the most the squad has racked up all season.