Peyton and Ashley Manning have endured a year unlike any other. While the family has been used to some attention due to Peyton’s life as a prominent NFL quarterback, this season has offered different challenges.

It started with Peyton struggling on the football field. He played the first ten games of the season and threw 17 interceptions compared to nine touchdowns. After Week 10, Peyton was sidelined with injuries to his foot and ribs.

He returned towards the end of the season as a backup and did not play again until the second half of the final regular season game. Peyton helped lead the Broncos to victory in Week 17 and remained the starter for the playoffs.

During his time recovering, Al Jazeera released a documentary claiming that Manning had taken HGH. The documentary also listed his wife, Ashley, as aiding in the process by receiving shipments of the drugs under her name.

Peyton has since come out and refuted the report in many interviews such as this one with CBS’s Bill Cowher:

After the documentary, Al Jazeera announced it would be closing down by April 2016. The report has been widely questioned for its accuracy.

The report put Ashley Manning in the unwanted spotlight. Ashley has been a very private person throughout Peyton’s NFL career and prefers that their family remain out of the public eye.

Peyton’s father, Archie, admitted that what troubled Peyton the most was involving his wife in the allegations. “It bothers him because of Ashley. That really bother him. He feels like she’s been violated,” Archie told ESPN’s Mike and Mike.

Ashley has enjoyed her own success outside the spotlight in both business and real estate. In 2012, she became a minority owner of the Memphis Grizzlies.

The couple have a twin son and daughter. Marshall and Mosley were born in 2011. After Peyton helped lead the Broncos to Super Bowl 50, he offered both the press and the public a glimpse into their family life.

He brought their son, Marshall, with him to the postgame press conference. It led to priceless photos like this: 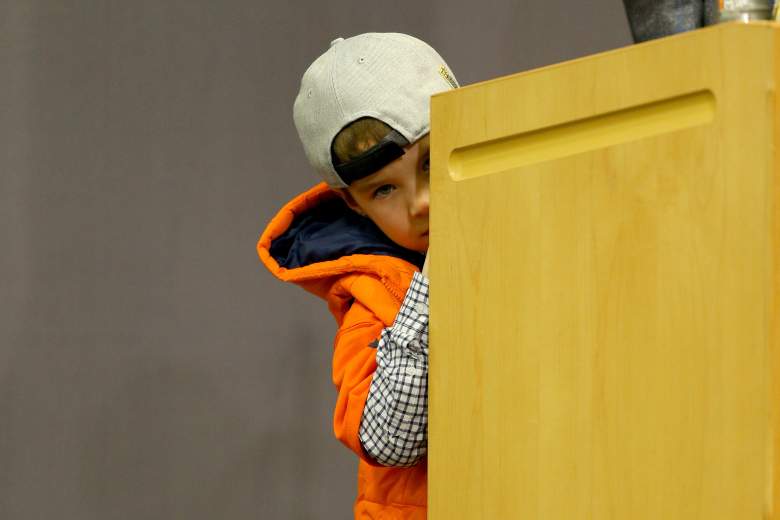 Marshall Manning at the AFC championship postgame press conference with his father. (Getty)

The NFL is in the process of conducting a full investigation of the HGH allegations. If the Mannings have their way, life will return back to normal once their name is cleared, and Ashley returns to being out of the media spotlight where she feels most comfortable.