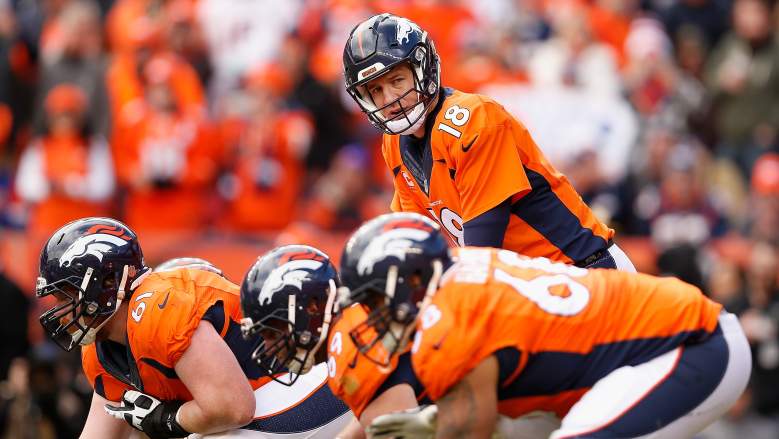 Super Bowl 50 is quickly approaching, and the line for the season’s ultimate battle between the Denver Broncos and Carolina Panthers continues to fluctuate.

Here’s a look at the latest odds:

Considering how the 17-1 Panthers dismantled the Arizona Cardinals, the NFC’s No. 2 seed, in last week’s conference championship, it wasn’t surprising that they opened as favorites. Money has continued to absolutely pour in on them ever since last Sunday, and they’ve moved from 3.5-point favorites to now giving up six points.

That makes the Broncos a suddenly compelling option.

Yes, it’s difficult to trust Peyton Manning under center, but he has played turnover-free football since returning from his foot injury, and he just needs to continue to do that, continue to play the role of game manager, while the Broncos’ running game and defense do the heavy lifting.

The way Denver is built is conducive to close games. Their worst loss on the season was by 16 points, while their other three defeats have been by an average of 4.3 points. With Von Miller wreaking havoc and the dominant secondary shutting receivers down, they just don’t get blown out.

Pulling off the upset is a different question entirely, but Denver plus a touchdown is a potentially appealing bet.