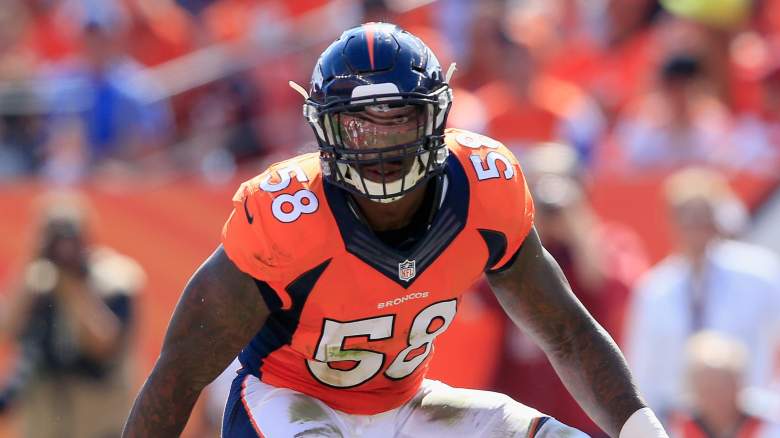 Miller got things started with this strip-sack in the first quarter, which led to a Malik Jackson touchdown:

And he continued to make plays all game in the Broncos’ 24-10 victory. He had 2.5 sacks, six tackles, one pass deflection and a crucial second forced fumble in the fourth quarter. He lived in Carolina’s backfield all game, and he continued the unstoppable dominance he started in the AFC championship game two weeks ago.

Here’s his second strip of Newton, which essentially sealed the win for Denver:

Von Miller gotta be the MVP for #SB50 #BRONCOS https://t.co/3eoz7frguS

Panthers have not gained a positive yard when Von Miller rushes the passer from the offense's right side. (-24 total yards on those plays)

Von Miller single handling has won the 2 biggest games of the Broncos season….

While Miller is the MVP, the rest of Denver’s transcendent defensive line deserves credit. Jackson finished with five solo tackles to go with his touchdown, while DeMarcus Ware piled up a pair of sacks and four QB hits.

Peyton Manning would have been the obvious sentimental choice, but he looked shaky for much the game, completing just 13 of 23 throws for 141 yards, zero touchdowns and an interception. The defense was the reason Denver won this game.

On the other side of the ball, Kony Ealy did everything he could with three sacks, an interception and a forced fumble, but it just wasn’t meant to be for the Panthers, who just couldn’t solve Miller and the Broncos defense. 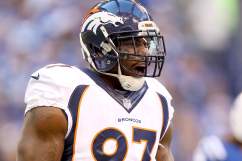