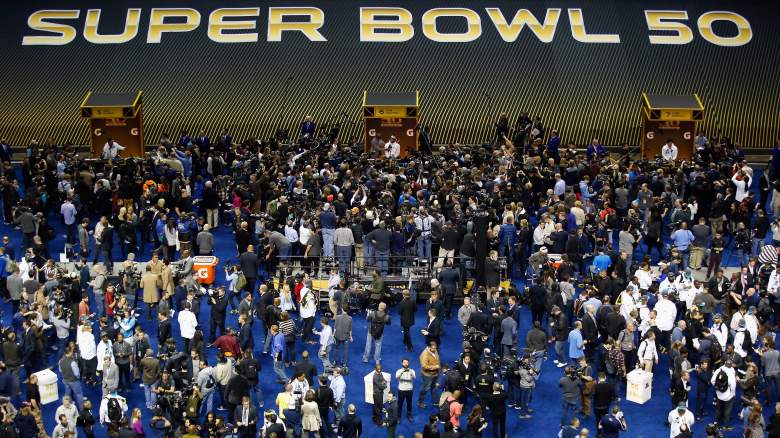 For many, the Super Bowl is as much about the betting as it is about the actual game.

And one of the most popular ways to do so is to play squares, a game that can involve anywhere from two to 100 people. Here’s a rundown of how to play:

Create an empty 11X11 grid of squares, assigning one team to the columns, and one team to the rows. It should look something like the one above (it doesn’t matter which team is on which side), and if you don’t trust your ability to draw straight lines, you can print out the specific one above by clicking here.

Go around to everyone who is playing, and let them pick out which spaces they want to fill. To assign a square to someone, simply write in their name or initials in that square.

If you’re playing for money, each square will have a purchase price, which will gathered for the prize money. For example, if the price of a square is $1 and I decide to fill out 10 squares, I put $10 into the pot.

In the 11X11 grid example (the one above), leave the Row 1, Column 1 square blank, then randomly fill out Row 1 and Column 1 (the gray squares in the above example) with numbers 0 through 9. You can pick the numbers out of a hat, find a random number generator online or do it however you want.

Note: If you want, you can reverse Steps 2 and 3. You can fill out the row and column numbers first, then have the participants pick out their squares, giving them the opportunity to use choose numbers they like. In that case, you’ll need to determine a fair order of who gets to pick the squares.

In a typical game of squares, there will be four winners who are determined by the last number in each team’s score at the end of every quarter. For example, if the Panthers are ahead, 7-3, after the first quarter, the winner of the first quarter will be whoever has the square that corresponds with the “7” in the Panthers row, and the “3” in the Broncos column. This happens at the end of every quarter.

Read More
Football, NFL, Super Bowl, Super Bowl 2016
Super Bowl squares is one of the most popular ways to bet on the Big Game. Find out how to play.