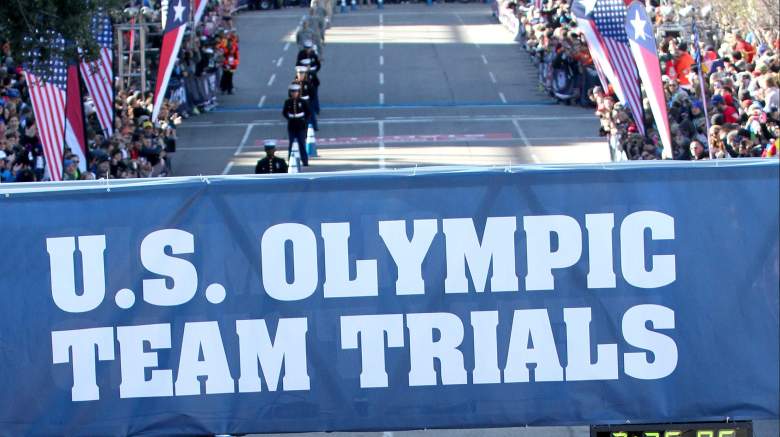 Six Americans qualified for the 2016 Olympic marathon on Saturday. (Getty)

The road to the 2016 Rio Olympics has officially started.

American men and women competed in the 2016 Olympic marathon qualifiers in Los Angeles on Saturday morning, with the top three finishers in each race booking a spot on the USA team for Brazil next summer.

Here’s a look at who will represent their country in August:

Guess this whole marathon thing isn’t so difficult for the 29-year-old Rupp, who won silver in the men’s 10,000 at the 2012 London Olympics and was making his marathon debut on Saturday. He made it look incredibly easy, and there’s enough time in between the two events that we could potentially see the Portland native attempt the rare double in Rio.

Then there’s Ward, 27, who won the 2015 U.S. Marathon championship. This will be his first trip to the Olympics.

.@HastyHastings with that trademark smile! She takes the W at #LA2016! pic.twitter.com/W1rXLWpRQ0

At the 2012 U.S. trials, Cragg (née Hastings), 32, finished first in the 10,000 and the dreaded fourth in the marathon, but she was able to get redemption this time around, running a truly dominant race on Saturday. She’ll now head to the Olympics for the second time after finishing 11th in the 10,000 in 2012.

Linden, meanwhile, will compete in the Olympic marathon for the second Games in a row. As a result of a stress fracture of her femur, though, she didn’t finish in 2012.

Flanagan, who ran much of the race with training partner Cragg, looked to really be struggling in the final few miles, but she was able to hold onto third and book her fourth Olympic appearance. She earned a bronze in the 10,000 in 2008, and she finished 10th in the marathon in 2012.

Note: the 2016 Summer Olympics begin Friday, August 5, while the athletics competitions are held during the final 10 days of the Games, from August 12 to August 21. In London in 2012, the men’s marathon took place on the final day of the Olympics, while the women’s race was a week earlier.