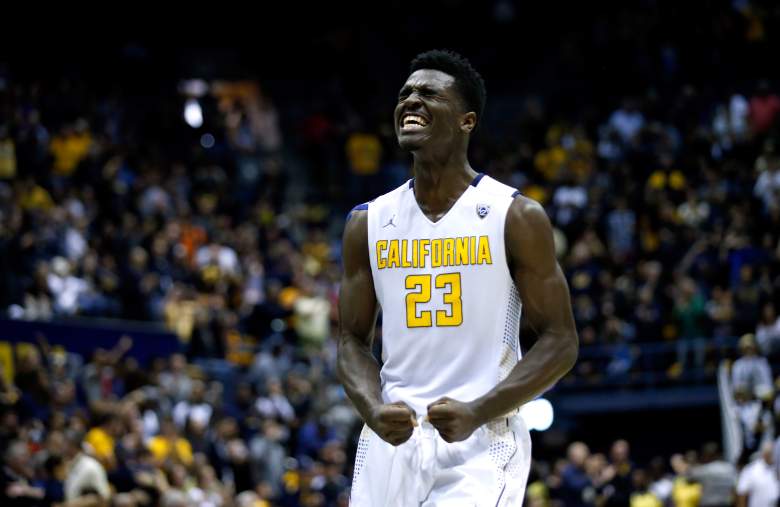 Cal’s defense has been close to unstoppable this season, but can the Bears compete at the national level? (Getty)

The Golden Bears have won nine of their last 11 games and, despite a loss to Utah in the Pac 12 tournament, are looking to tie a school-record 24th win this season in their first round matchup on Friday night.

Hawaii, meanwhile, isn’t too shabby either. The Warriors won the Big West Conference earlier this month, punching their ticket to the NCAA Tournament for the first time since 2002. Now, they’re looking for their first-ever victory in the Round of 64 and just their second victory against Cal.

In other words there are plenty of storylines coming into this one. Read on for a breakdown of the tilt, as well as the odds for the game and a look at live stream options.

The Warriors, who are facing a postseason ban next season, are making their first NCAA Tournament appearance in more than a decade on Friday night and they’re looking for more than just a “happy to be here” moment.

There’s also some reason to think they can pull off the upset.

Stefan Jankovic is averaging 15.7 points, 6.6 rebounds and shooting 39.5 percent from beyond the arc this season. He’s also posted five double-doubles. He’s joined on the statsheet by guard Aaron Valdes who is racking up 14.7 points, 5.5 rebounds and 2.5 assists per game.

Hawaii has also managed to keep things close; even in losses. Of five of the squad’s losses this season, two came by three points or fewer and four came by single digits.

Of course, Cal is pretty darn talented too.

The Golden Bears led the Pac-12 in scoring defense this year, giving up, on average 67 points a night, and regularly held opponents to under 40 percent from the field. In fact, Cal held six of its last seven opponents under 70 points.