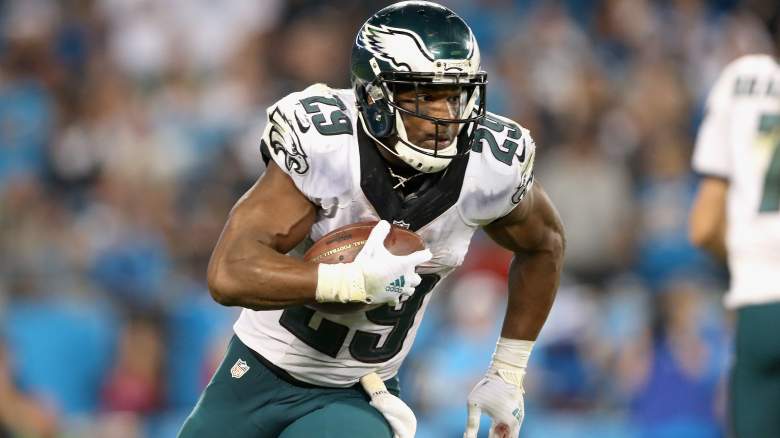 Following a disappointing season in Philadelphia, DeMarco Murray will get a fresh start with the Tennessee Titans. (Getty)

Although Chip Kelly is no longer around, the Philadelphia Eagles are showing they aren’t afraid to shake up the roster.

Almost exactly a year after acquiring DeMarco Murray from the Dallas Cowboys, the team has reportedly agreed to a deal to ship the dynamic running back to the Tennessee Titans.

NFL.com’s Ian Rapoport has the news:

Although he struggled last year (3.6 YPC, 1,024 total yards, seven touchdowns in 15 games), he was never a great fit in Kelly’s offense, which had him going east and west more often than not. Mike Mularkey’s offense is much more physical and will have Murray running donwhill, which is more suited to his style. Moreover, with Marcus Mariota, Delanie Walker and an improving Dorial Green-Beckham, the Titans have a variety of offensive weapons, which means defenses won’t be able to key on Murray.

Ultimately, fantasy value is made up of equal parts, talent, opportunity and situation, and Murray should check off all three boxes in Tennessee.

As of this writing, he’s being drafted on average as the 19th running back. While there is still lots of time before the season starts, and plenty of things will change, this move vaults him into the Top-15 range.

Read More
Fantasy Football, Football, NFL
After a disappointing season in Philly, DeMarco Murray is on his way to the Tennessee Titans. What does it mean for his 2016 fantasy value?