Warney has been nothing short of dominant throughout his college career at Stony Brook. (Instagram)

Meet the best basketball player you’ve never heard of. His name is Jameel Warney and he’s ready for his moment in the national spotlight.

After years of coming up short in the America East Tournament, Warney and the Stony Brook men’s basketball team is dancing for the first time in program history. They’re also fairly sizable underdogs, taking on Kentucky in the Round of 64.

Still, Warney is going to seize some of the spotlight away from the Wildcats and deservedly so. Throughout the course of his career the senior big man has been consistently dominant, one of the strongest post players in the entire NCAA and a near indefensible presence in the paint.

Keep reading to learn more about Warney’s road to national prominence. It was worth the wait.

Picture it. Four years ago. Jameel Warney has just decided he’s going to commit to Stony Brook. And the pressure is already on. That kind of thing happens when your coach proclaims that you’ll become the greatest player in program history.

To his credit, he’s really figured out how to keep those qualities of being unselfish and a great passer and has added to it. We told him, ‘Jameel, you can really score,’ and he needs to do that at times. Last year, he broke out of just trying to be a piece of the puzzle and realized that we run things through him and we need him to score at times. He’s just matured in every area.

Since joining the Stony Brook roster, Warney has settled into a basketball-playing class all his own. He’s a three-time America East Player of the Year, two-time Defensive Player of the Year, Rookie of the Year, 2016 AEC Tournament Most Outstanding Player and his stars are, essentially, off the charts. Since 1996-97 he is the only player to record at least 2,000 points, 1,200 rebounds, 250 blocks, 200 assists and 100 steals.

And he’s never once attempted a three. These stats all come from the block.

Warney was listed as one of the best high school players in New Jersey. (Instagram)

Warney first started playing basketball when he was 11 years old, recruited to an AAU program in New Jersey. It wasn’t easy, but it was the perfect foundation for his future and it earned him a look from Roselle Catholic basketball coach Dave Boff.

The first time I saw him, he wasn’t a great basketball player yet, but he had these amazing hands. He caught everything anywhere near him. He also had tremendous footwork. I remember thinking, ‘This kid has the best hands and feet I’ve ever seen.’

Warney went on to play four seasons of varsity hoops at Roselle Catholic, becoming the school’s all-time leading scorer with 1,968 points. As a senior, he averaged 17 points, 13.5 rebounds, four assists and 3.5 blocks. By the time he was set to graduate, Warney was considered the fifth best recruit in New Jersey and the 49th best forward in the country by ESPN.

The forward was expected to sign with Rider out of college, but Stony Brook was persistent. Despite interest from the likes of Villanova, Notre Dame and Tennessee, Warney couldn’t shake his connection to the Seawolves program. Sometimes things just work out.

3. He Lists His Mother, Denise, As His Role Model 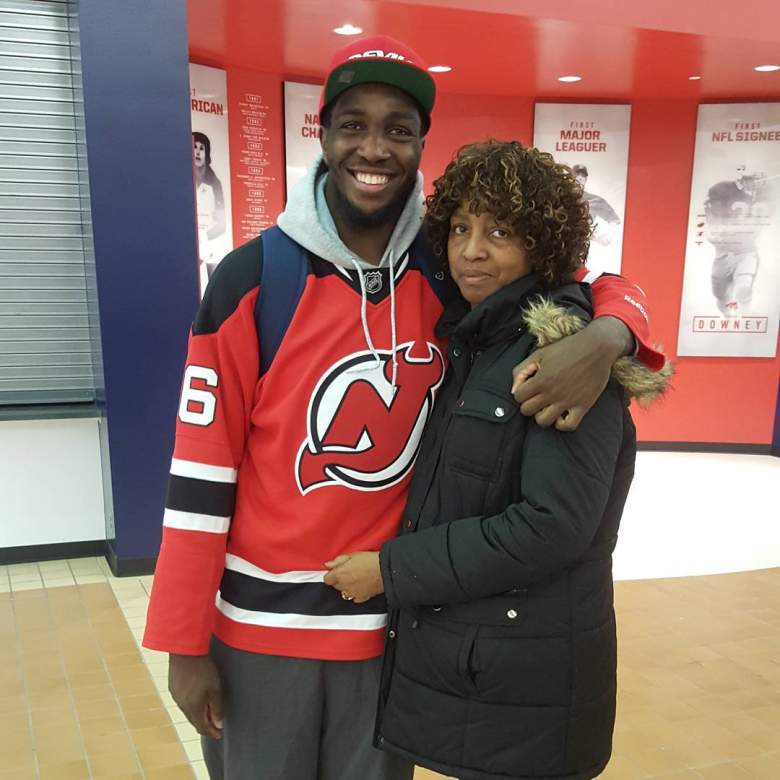 Warney and his mother have always been close and she’s been a major supporter throughout his career. (Instagram)

Take one quick scroll through Warney’s Instagram feed and you’ll learn something; he loves his family.

Warney’s posts are chock full of family members and while his niece is a star in more than her fair share of photos, the Stony Brook forward is partial to one family member in particular; his mom Denise.

Over the course of his career no one has supported Warney more than his mother, who took out loans to make sure her son could attend Roselle Catholic and play basketball. She told Newsday:

It was rough for four years because you’re on a fixed income, but I was determined. I lost a car [in a repossession], but I did what I had to do to make sure Jameel’s tuition was paid so that he could continue to go to Roselle Catholic. I cut back everything. We ate a lot of soup, lived life a little bit different so Jameel could have a better life.

Now, with his team and his abilities in the national spotlight, Warney is determined to give back, especially when it comes to his mother.

“I actually made her a Twitter account so she can see all my success,” he told HerCampus. “Most people really admire me out here at Stony Brook and it’s just great to see my mom know that I’m making something out of my life.”

4. Warney Dedicates Every One of His Games to Mark Morrison

In the realm of things you weren’t quite expecting, Warney plays basketball for one very specific person; Mark Morrison.

Yeah, that Mark Morrison. The singer of “Return of the Mack.” Warney does this every single game. He writes: “Gameday, this one is for you @_markmorrison.” As you’d expect, Morrisonn never answered. Until Warney scored 43 points in the America East championship game and all that changed:

So, what’s better an NCAA Tournament berth or recognition from your hero? That might actually be a wash.

5. He Kissed the Court After Stony Brook’s America East Title 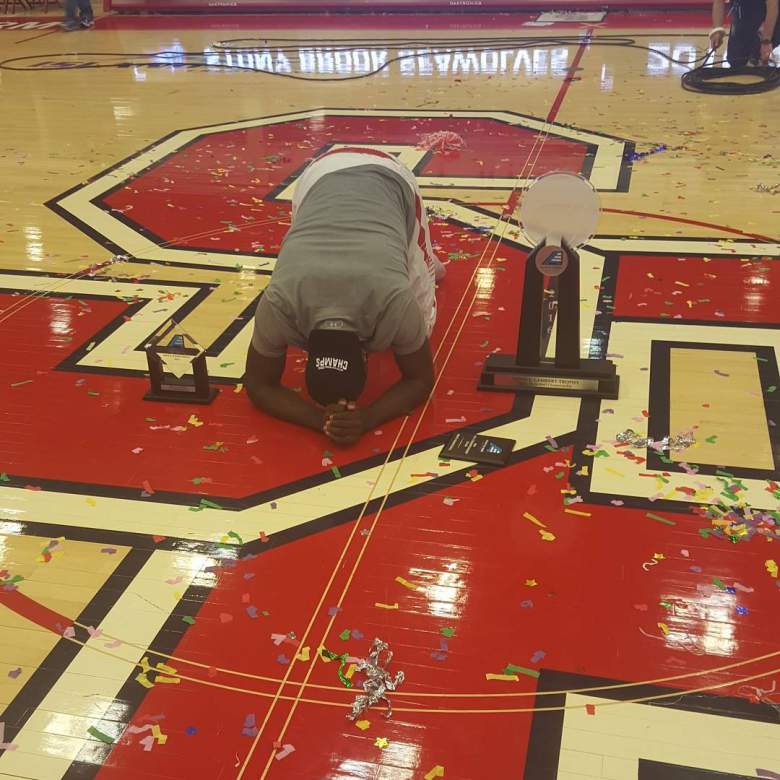 After years of heartbreak, Warney all but will Stony Brook to an NCAA berth. (Instagram)

After years, literally years, of heartbreak in the conference tournament, the Seawolves are going dancing and it almost all has to do with Warney. The senior scored a career high 43 points to lead Stony Brook to a title victory over Vermont on his home court.

It was bedlam on Long Island:

Then, it was quiet. And Warney took a moment to himself. He laid down. On the court. And kissed it. Because this school, this program, despite its almost-theres and coming-up-shorts for years, had given Warney so much. He’s also given it right back.

“Just to meet people that you see on TV all the time, getting star struck, this is the moment of a lifetime,” Warney told Newsday before the Seawolves NCAA Tournament tilt against Kentucky.

Perhaps no one deserves “the moment of a lifetime” more than Warney.