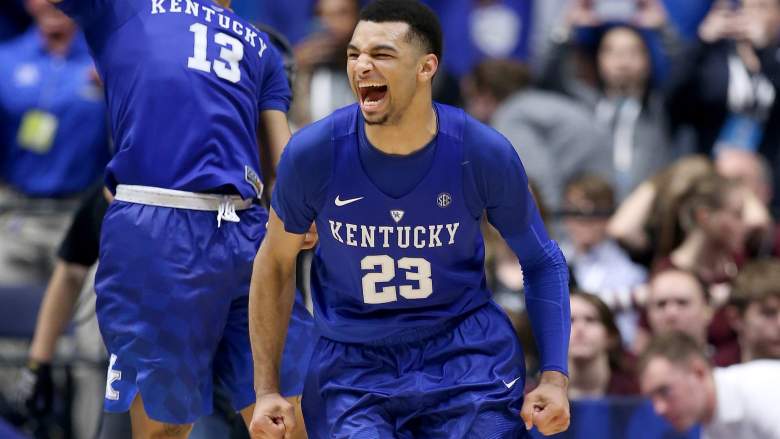 Indiana and Kentucky just can’t escape each other.

The pair of storied programs may have stopped playing their intense head-to-head rivalry during the regular season, but the college basketball Gods have had enough. After their first-round wins on Thursday, the Hoosiers and Wildcats will meet for the first time in four years.

Here’s an early look at the highly-anticipated Round of 32 battle:

Indiana won the always difficult Big Ten regular season title by two games. Kentucky shared the SEC regular season title then proceeded to bulldoze its way through the conference tournament. Per Ken Pomeroy’s adjusted efficiency rankings, the Wildcats are No. 7 in the country. The Hoosiers No. 15.

The guard matchup–Indiana’s Yogi Ferrell vs. Kentucky’s Tyler Ulis and Jamal Murray–is one of the best you’ll find all season, while a couple of the most talented frontcourt players in America–Indiana’s Thomas Bryant vs. Kentucky’s Skal Labissiere–will go to battle down low.

Trying to think of a more fun PG match-up in recent years than Tyler Ulis vs. Yogi Ferrell. The little guy with the monster ticker!

Oh yeah, then there’s a little bit of history here, too. These teams, who have combined for 13 national championships and 25 Final Four appearances, have played 56 times but haven’t met since the 2012 Sweet 16.

This is the perfect time to renew what is one of the most heated, storied rivalries in college basketball.