Mateen Cleaves while playing with the Detroit Pistons. (Getty)

Mateen Cleaves throws out the first pitch at a Detroit Tigers game. (Getty)

Cleaves has been under investigation for several months. It was first reported by MLive.com in October.

Cleaves was a co-host of the 30th Annual Whaley Golf Classic, a tournament at the Warwick Hills Golf and Country Club that benefits a local children’s center.

The accuser says she was introduced to Cleaves at the outing. She was with her boyfriend and several co-workers, prosecutors say. After the outing, Cleaves and the woman, along with the others, went to a bar together and had drinks. The victim said she rode in a car with Cleaves, thinking they were going back to the golf club, but they instead went to a motel in West Grand Blanc, prosecutors say.

Cleaves is accused of holding the woman against her will at the motel and sexually assaulting her, before she was able to escape and get help from a woman in a nearby room. The case was investigated by the Mundy Township Police Department.

2. The Prosecutor Says the Evidence Shows the Assault ‘Arose Out of a Sense of Entitlement’

Wayne County Prosecutor Kym Worthy led the investigation into the case because the local Genesee County prosecutor, David Layton, is an acquaintance of the victim, The Detroit News reports.

“The evidence in this case will show that the alleged actions of this defendant were not only criminal, but arose out of a sense of entitlement sometimes found in prominent people,” Worthy said in a statement. 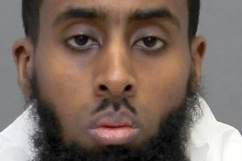 3. Cleaves Is Expected to Turn Himself in Thursday & His Attorney Says He Expects Him to Be Cleared

Cleaves is expected to turn himself in Thursday morning at 9 a.m. for processing and arraignment, the prosecutor’s office said.

His attorney, Frank J. Manley, told The Detroit News he expects Cleaves to be cleared of the charges.

Cleaves is married, to Chandra Lane Cleaves, with two children, according to the Detroit Free-Press.

He was arrested in 2010 in Genesee County on a suspicion of drunken driving charge and alter pleaded guilty to careless driving, MLive.com reports. He has no other criminal record, but was arrested on misdemeanor charges for allegedly stealing beer in college, the news site reports. That case was dropped. 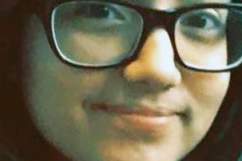 4. He Was a High School Basketball Star in Michigan Before Winning the National Title With the Spartans

He became a legend for the Spartans when he led Michigan State to the National Championship in 2000 while playing with an injured leg.

5. He Played Pro Basketball for 10 Years & Became a TV Analyst After Retiring

Cleaves was drafted by the Detroit Pistons in the first round of the 2000 draft, and spent 10 years playing professionally before retiring in 2009.

Since his retirement, Cleaves has worked as an analyst for Fox Sports Detroit, hosted a radio show on Sirius XM and worked as analyst for CBS Sports, according to The Detroit News. 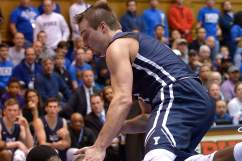