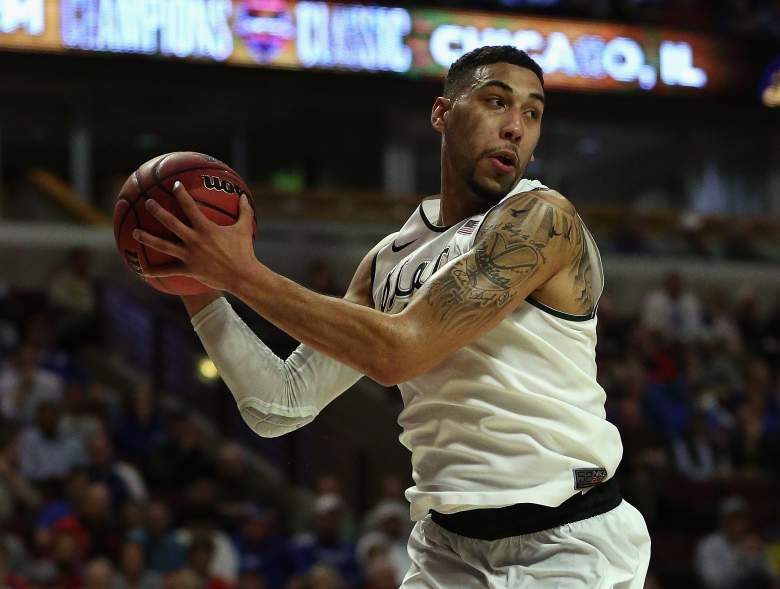 Denzel Valentine has been one of the top players in the country this season. (Getty)

Did the Spartans get snubbed?

Sure, Michigan State comes into the NCAA Tournament as the No. 2 seed, but this team also won a Big Ten championship last week and was one of the most dominant squads in the country throughout the final weeks of the regular season. So while it’s tough to feel bad for a team that, in the committee’s eyes, is the fifth best in the country, it’s also easy to understand why Michigan State may be playing with a bit of a chip on its collective shoulder.

The Spartans are hoping to use that chip, metaphorical or otherwise, to notch an opening round victory over Middle Tennessee on Friday afternoon. We’ve got the complete breakdown of the matchup including live stream options and odds.

Game Preview: Michigan State has been here before. Plenty of times. Nineteen straight times, in fact. The Spartans have even made the Final Four seven times in the last 18 seasons.

But – and it’s a big but – the Spartans also haven’t won a national championship since 2000.

So, sure, this team has experience. It also has some serious focus as well and a Denzel Valentine guarantee that it will win that elusive national championship this season. It’s difficult to doubt Valentine. After all, the Wooden Award finalist is one of the best in the country averaging 19.6 points, 7.6 assists and 7.5 rebounds per game. He’s also notched nine double-doubles and two triple-doubles and he didn’t even play every game this season.

Valentine is going to be the key to Michigan State’s run at a title and he’s going to be a key in this first round matchup as well.

Middle Tennessee is 2-7 in NCAA Tournament appearances and hasn’t actually won a Tournament game since defeating Florida State in 1989. There is, however, a bit of hope. The Blue Raiders are holding opponents to 34.4 percent from beyond the arc and much of Michigan State’s offense is distance-based. If Middle Tennessee can hold the Spartans from three-point range, at least relatively speaking, the Blue Raiders might be able to keep this one close.

After all, three of the Spartans’ five losses this season came by a single point.