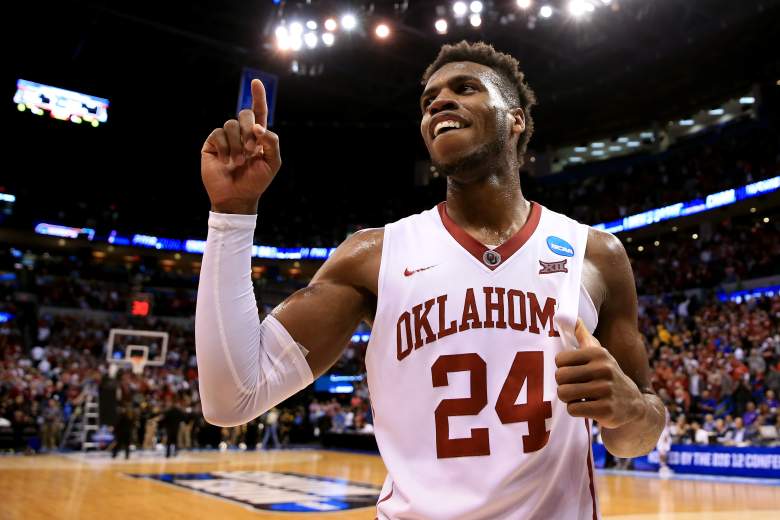 Buddy Hield has been nothing short of dominant this season and now he’s looking to lead Oklahoma to the Elite 8. (Getty)

Alright, so Texas A&M just pulled off one of the most improbable comebacks in the history of the NCAA Tournament during the Round of 32. It was dramatic. It was incredible. It almost didn’t make sense

It was everything that makes March Madness absolutely fantastic.

But it also set up what promises to be an even better matchup. Texas A&M against Oklahoma in the Sweet 16. Or, more precisely, Texas A&M vs. Buddy Hield.

This one may be as difficult for the Aggies as that final-minute comeback, because, right now, Buddy Hield is playing at a whole different level. Read on for a complete breakdown of the game, including a look at odds and livestreaming options:

Game Preview: At this point, is there any way Buddy Hield doesn’t win the national Player of the Year?

The Oklahoma senior is averaging a team-high 25 points per game, shooting 49.6 from the floor. The most impressive part, however, aren’t those numbers; they’re his on-court numbers. Hield is playing nearly 35 minutes a game. Every game.

That is a crazy high number and while some players may have wilted a bit under the amount of time spent on the court, Hield seems to get better the longer he plays. In fact, he scored 20-plus points in the second half of Sooners’ Round of 32 victory last weekend.

On the flip side, Texas A&M is playing a bit more of a team-oriented game. In fact, the Aggies rank 11th in the country with 17.1 assists per game. Keep an eye out on Daniel House in this one. His 22 points lasts weekend came in just the second half and two OT periods and was a major factor in the Aggies late-game comeback.

Interesting to point out here, that both squads have reached this point by defeating teams seeded 10th or worse. That’s not necessarily a bad thing, but playing against each other could be a serious test for both Oklahoma and Texas A&M.