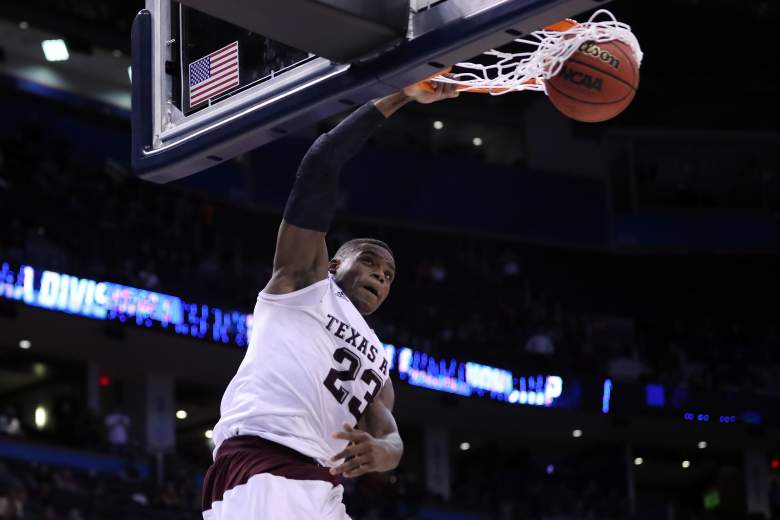 Danuel House was a force to be reckoned last weekend and now he’s looking to get Texas A&M into the Elite Eight. (Getty)

Texas A&M, somehow, found a way to win in the Round of 32 last week.

The Aggies were trailing by double digits with just a minute left in regulation, before going on to not only force one, but two overtimes and stage an NCAA Tournament performance that basketball fans will be talking about for years to go.

It was impressive. It was historic. It also set up a Sweet 16 tilt against Buddy Hield.

That double-digit deficit with one minute left may actually be easier.

Hield has been the spark that has made Oklahoma go all season and few teams have been able to find an answer for his jumpshot this year. So, what are the chances that the Aggies can take down Hield, the rest of the Oklahoma roster and book a spot in the Elite Eight? Read on for a complete breakdown of the odds outlook for the matchup, via OddsShark:

Yes, Oklahoma is the favorite. The Sooners, thanks to star Buddy Hield, have become one of the hottest college basketball teams in the country. That, however, does not make them good betting material.

There is one very interesting odds-based factoid about Oklahoma to consider going into the Sweet 16. The Sooners are 9-2 SU in their last 11 games when coming off three days rest. In other words, OU is going to be ready to put the ball in the basket as soon as this squad comes onto the floor.

Keep an eye on Hield, obviously, but don’t overlook Texas A&M senior Danuel House. After going scoreless in the first half last Sunday, House walked away with double digits in the scoring column and is averaging 24.7 points in the Aggies last three games.